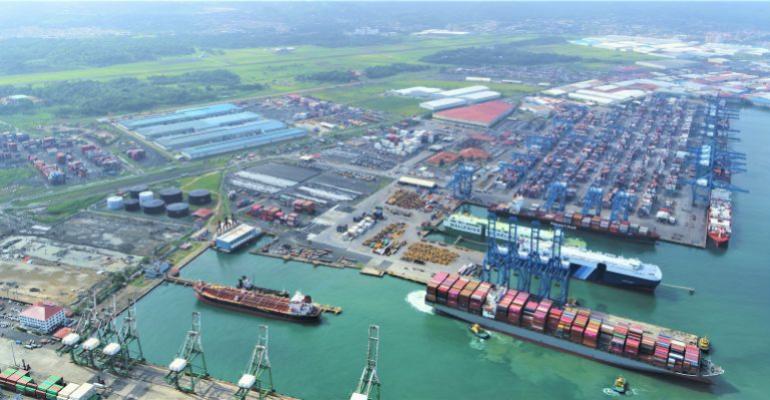 The terminal, first container-specialised terminal in Central and South America at the time, is operated by a JV between Seattle-based SSA Marine and a group of local investors. It started to move cargo on 16 April 1995 and since then until 16 April 2020 had serviced 54,869 vessels, handled 21,543,205 net moves. During the same period there were approximately 430,000 additional re-handle moves.

A pioneer in Latin America’s history of transhipment, MIT’s achievements were largely due to the visionary endeavour and hard work of a group of ‘expats’ under the leadership of Dave Michou who was the soul and builder of the project.

In 1994 when the construction began there were few in the shipping industry, financial entities or Panama in general that initially gave MIT a chance for success.  Chants of “loco gringos” and “the place will never make it” were commonplace,” said Carrix ceo Knud Stubkjaer. Carrix is the holding of SSA Marine.

“MIT assembled a cadre of SSA employees from several areas of the company, a group of diehard local employees (young and primarily from Colon where the terminal is located in Panama) totally new to our industry mixed with new younger hires looking for a career. Combined with a small nucleus of crucial vendors/suppliers/lenders these core groups simply refused to accept such a pessimist viewpoint or any possibility for MIT to fail,” Stubkjaer said.

Stacy Hatfield, general manager of MIT, said: “Although we are facing the challenges of a global pandemic during our 25-year anniversary, the dedication and resourcefulness of MIT’s team has never been stronger. The port is providing critical services required to support Panama and many other countries we connect with as a transhipment hub.”