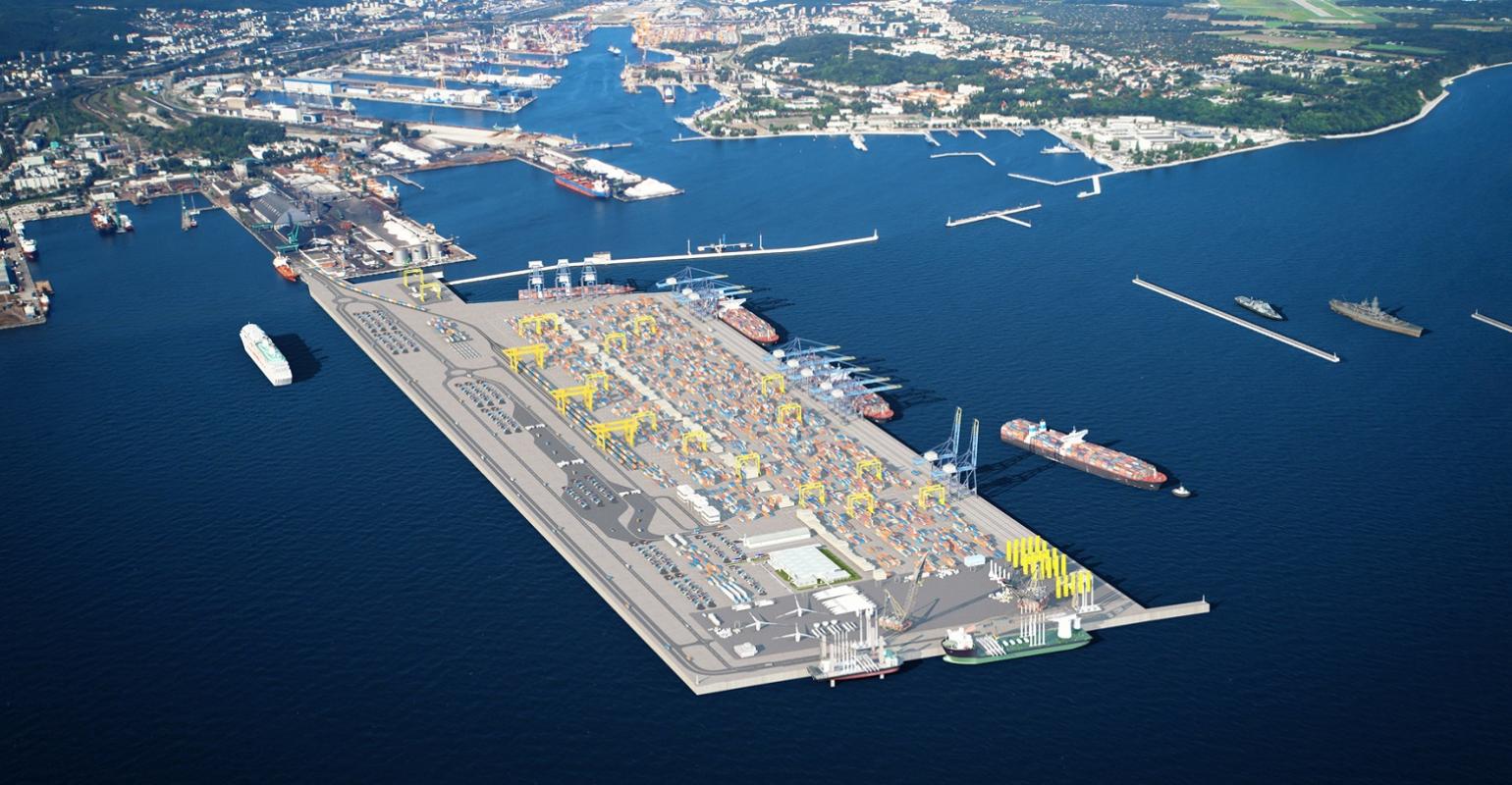 The Port of Gdynia Authority S.A. is about to launch a call for tender for a private partner for the project of the Outer Port in the Port of Gdynia – the most economically effective investment in the Baltic region.

Port of Gdynia Authority S.A. is preparing the tender for the participants of the Competitive Dialogue for potential private partners for the project “Construction of the Outer Port in the Port of Gdynia” under the Public-Private Partnership scheme.

The abovementioned project is a strategic investment of the Port of Gdynia Authority S.A., and is enlisted in the Polish government’s Seaports Development Program. The project consists of the construction of a new deep-water container terminal with an annual transshipment capacity of 2.5 million TEU. The new facility will enable Baltmax size container ships to call the Port of Gdynia.

The Outer Port project is being prepared in the most effective economically model - Public-Private Partnership scheme. PPP provides an increased flexibility to the project, thanks to the procedure of Competitive Dialogue, after which the project’s model will be developed, and will include the conclusions of the Dialogue. The Dialogue will cover issues like, risk management, technical parameters, financing and others.

In the case of such investments, cooperation between the Port of Gdynia Authority S.A., whose role is to create appropriate conditions for road and rail access to the port, and the private partner ensuring the success of the entire project, is crucial. The private partner must be a world-class operator that will be able to attract cargo trade to the Port of Gdynia – Maciej Ziomek, Associate Partner at EY Transaction Advisory Services Transport & Infrastructure Sectors Leader.

The PPP formula allows to take advantage of the capital, know-how and experience of the private sector in financing public services and investments. On the other hand, public entity, so in this project – Port of Gdynia Authority – will share its knowledge and experience within the administrative and organizational issues of the project, which are specific to a particular country. PGA will also provide research data and reports, and will be responsible for building the new breakwaters system, which will protect not only the new pier of the Outer Port, but also for the entire Port of Gdynia. According to the “public-private partnership development policy” adopted by the Polish Government, the Port of Gdynia Authority, intends to carry out its strategic investment increasing the port’s cargo handling potential and boosting its competitive position in the Baltic Sea.

Subsequent investment stages could not happen without port-related legislative support. In the 2019, the special act on the outer ports had been developed. It creates more favourable law environment for the project, as it helps to ease some of necessary administrative decisions. 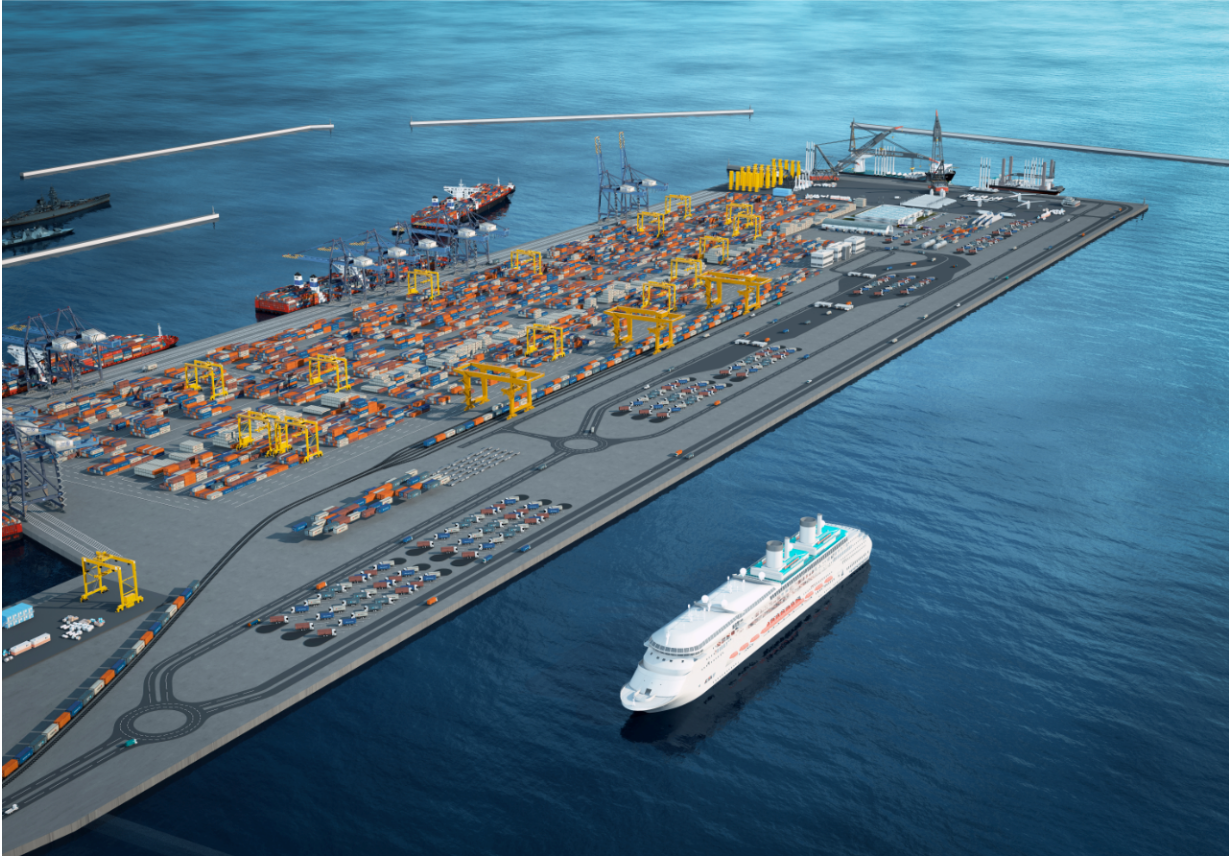 Parallelly to the Outer Port project, PGA will develop the project related to the new breakwaters of the Port of Gdynia. In October 2020, creation of the breakwaters was included in the special act, as an investment, that will help prevent the country’s economy from the impact of the covid19 pandemic. Funds of 650 million Euro are provided for the PGA, which means PGA will be able to ensure the necessary access infrastructure for the Outer Port.

Not only the Port of Gdynia will benefit from the implementation of the project. The Outer Port will have a positive impact on the city of Gdynia, for the country and for regional business.

The total outlay of the project is estimated at ca 900 million Euro. The project is scheduled for completion by 2028.

More information on the investment:

The Port of Gdynia is an universal modern port specializing in handling general cargo, mainly unitized cargo transported in containers and in a ro-ro system, based on the well-developed network of multimodal connections. It is a node of the TEN-T core network and the entry point of the Baltic-Adriatic Corridor, the extension of which connects Gdynia with Sweden via Gdynia-Karlskrona Motorway of the Sea. Port of Gdynia is a well-known Intra-European logistic hub.