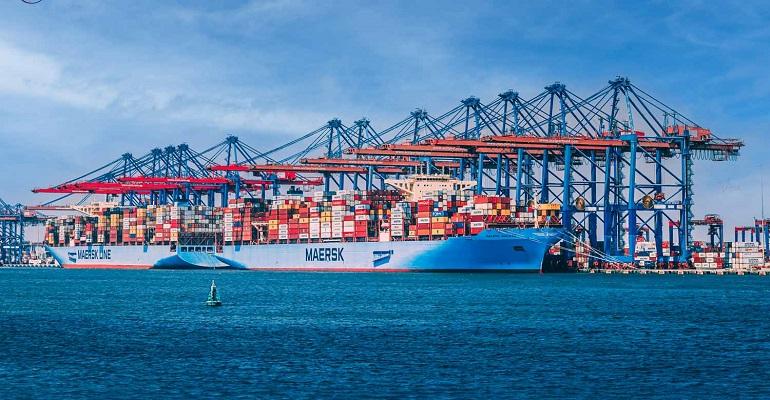 APM Terminals has upgraded Suez Canal Container Terminal with a series of investments initiated in 2020 aimed at equipment and capacity improvements at the terminal.

The $60m-investment included several major projects. The most complex of these was the heightening of six STS (ship-to-shore) cranes in SCCT’s own yard. Following this recently completed project, 12 out of 18 of the terminal’s STS cranes now have the capacity to handle ultra large container vessels (ULCV).

This also makes SCCT the only terminal in Egypt to be able to simultaneously serve two mega vessels, without compromising on productivity.

“Our upgrade programme was already very ambitious, but the global pandemic made it even more complex. However, it was also an opportunity for the SCCT team to rise up to the challenge. Thanks to their tremendous efforts, we are happy to report that all projects have been concluded on schedule, allowing us to serve our customers – and their businesses – even better”, commented Sunay Mukerjee, Chief Commercial Officer at Suez Canal Container Terminal.

SCCT is a key hub terminal in the South and East Mediterranean region. The crane capacity upgrade project will now give the terminal’s shipping line customers additional opportunity to recover their network schedules and improve the reliability they are offering to their end customers.

Other investments at SCCT also included the purchase of new yard equipment, with 16 new RTG  cranes joining the fleet, paving the way for more quay and gate volumes in the future.

Capacity upgrades and other investments have already resulted in a new record, with SCCT handling 57,242 moves / 95,579 teu on the quay in week 33 – the highest weekly volume ever handled at the terminal. The increased volume was handled while maintaining the same gate moves per hour of 30.04.

SCCT opened in 2004 on a 49-year concession. It is a Joint Venture with APM Terminals as the majority shareholder (55%) and operator. Other key shareholders include Cosco (20%), the Suez Canal Authority (10.3%) and the National Bank of Egypt (5%).