Vessels waiting at LA/Long Beach ports back at record levels 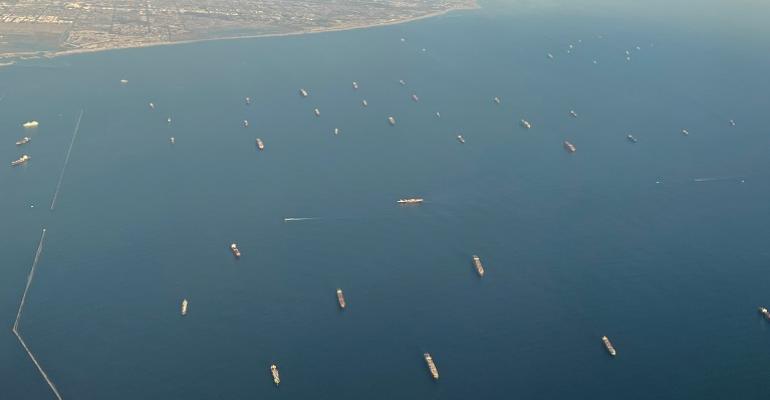 The queue of containerships waiting in San Pedro Bay to berth at the ports of Los Angeles and Long Beach is back at record levels again.

Reversing a slightly improving situation for boxships waiting at the two key US West Coast ports in late September/early October the Marine Exchange of Southern California reported that there were 71 containerships at anchor or in hold area in San Pedro Bay as of 20 October. Meanwhile 33 containerships were at berth in the ports of LA and LB.

The number at anchor or in drift areas exceeds the record of 70 reported by the Marine Exchange on 21 September, at the same time there were 30 vessels at berth.

The record queues come at a time when the US government has pushed for ports to work 24/7 for the first time in an effort to clear the backlog.

In a Facebook post of Monday the Marine Exchange said: “We forecast elevated and record levels steady for the next 3 days.”

As of 19 October the number of containerships in holding areas, as all the anchorages are full, was 33, breaking the previous record of 29 on 20 September. Including vessels of all types there were 43 vessels in holding areas on Monday.