$703m in government grants for US port projects 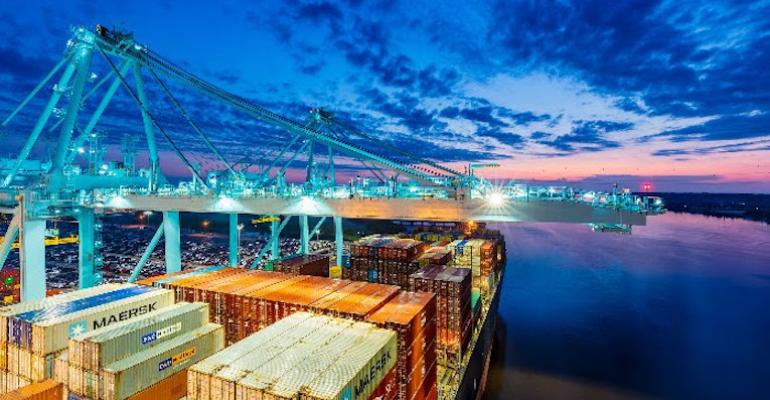 The recent Infrastructure legislation signed into law this past summer continues to benefit maritime transportation and ports in the States with $703m in grants.

At end October, the US Maritime Administration (MARAD) announced that $703m, of grants to ports, as part of its Maritime Administration’s Port Infrastructure Development Program (PIDP). These grants, which will benefit 41 ports around the US, are funded from a previous budget allocation, and supercharged by an infusion from the Bipartisan Infrastructure Law enacted this past summer. Importantly, MARAD has been working closely with American Association of Port Authorities (AAPA), an influential trade association representing North American ports, in guiding the selection of recipient projects.

One important theme in the new round of grants is “electrification”. Jacksonville, Florida, which has gained significant box traffic as cargo has shifted to the US East Coast, will be receiving $23.5m for a project dubbed as “The JAXPORT EXPRESS.

The Project includes installation of electrified refrigerated container stacks, the purchase of six hybrid-electric rubber-tired gantry cranes, and the procurement of numerous battery-electric forklifts,  battery-electric yard tractors, and  “Tier 4” diesel top pickers. Included in plans is the installation of 15 high-power DC electric, fast-charging stations, and “stub-outs” for future installations. Also included is a chunk of funding for the “development of a replaceable and scalable plan for transitioning the port and local maritime industry to zero-emission technologies.”

On the West Coast, the Port of Long Beach, the nation’s second busiest port- handling 9.4m teu in 2021, will be receiving $30.1m, for upgrades at its Middle Harbor Terminal.  According to MARAD, “The Project will fund the replacement of diesel yard tractors with approximately 60 electric yard tractors and other enhancements.”

The port said, in a prepared statement, that: “The project at LBCT – which can move 3.3 million cargo container units annually, more than most US ports – also includes construction of electric equipment charging stations with energy efficiency-enhancing software, training for operators and maintenance personnel, and installation of software equipment to streamline cargo-handling operations within the terminal.”

Offshore wind, a priority among planners in states along with Atlantic, also received a fresh jolt, in the form of grants. In Massachusetts, the port at Salem (north of Boston) will receive $30.8m for developing a load-out and assembly area for wind energy components, along with construction of a new wharf. US owner Crowley Maritime had recently announced that it would be investing in the re-development of the site of a retired coal fired power station at the port, in partnership with the utility Avangrid, to serve the 1.2 gW  Commonwealth Wind project  serving Massachusetts.

Bridgeport, Connecticut, on Long Island Sound, set to serve Park City Wind, another Agvangrid project, will be receiving funding of $10.5m, for enhancement of a quay at docks that will serve offshore support vessels, as well as dredging of its harbor. As presently envisioned, Bridgeport will serve as a port for maintenance of offshore wind fields, rather than as a construction hub.

New York will also see funding related to offshore wind, with a $48m award for the Arthur Kill Offshore Wind terminal project, a facility that will support assembly of turbines to be deployed in waters off the mid-Atlantic. The facility, on Staten Island, would be located downstream of the “Outerbridge Crossing” meaning that air draughts, a concern in turbine assembly, would not be an issue. The Arthur Kill, separating Staten Island, part of New York state and New Jersey, is the well-known site of multiple terminals serving oil distribution and refining.