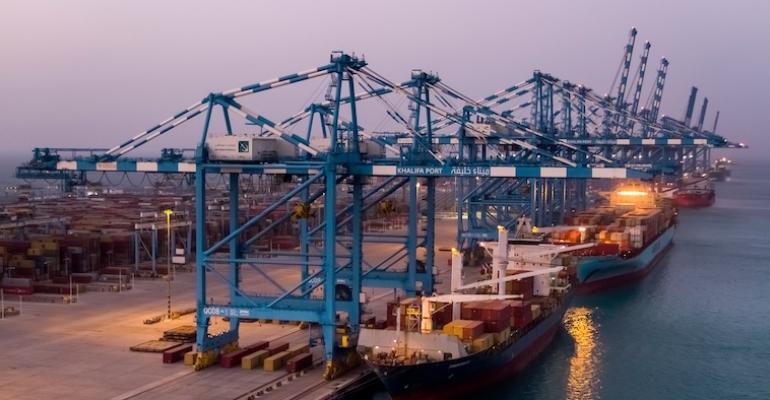 Abu Dhabi’s AD Ports Group saw container volumes grow by 30% year-on-year in the second quarter, as throughput rose to 1.1m teu, up from 848,000 teu in the same period last year.

Reporting record volume numbers the terminal operator highlighted new land leases that had been signed. “A record 3.9 square kilometres of new land leases were signed during the first half of the year, more than the annual land leases signed in each of 2021 and 2020,” it said.

“The new company will offer offshore surveys and subsea services, including commercial diving services and unmanned vessel inspections, in the UAE, the GCC, and some international markets. In addition, the JV will provide innovative solutions to meet the needs of offshore operations related to the oil and gas and renewable energy sectors,” the group said.

In July, AD Ports Group launched a joint venture with SEG, an oil and gas companies in Uzbekistan, to open new logistics and freight businesses and signed an MoU to develop a food storage and distribution hub to enhance Uzbekistan’s food trade across global markets.

“We have also benefitted from the macro picture in the Gulf region, and in the UAE in particular. Not only have oil prices been increasing sharply, which has accelerated the country’s economic growth, including the non-oil economy, but AD Ports Group is also well-positioned to be one of the key beneficiaries of Abu Dhabi’s Industrial Strategy, which aims to more than double the size of its manufacturing sector to AED 172 billion by 2031.”