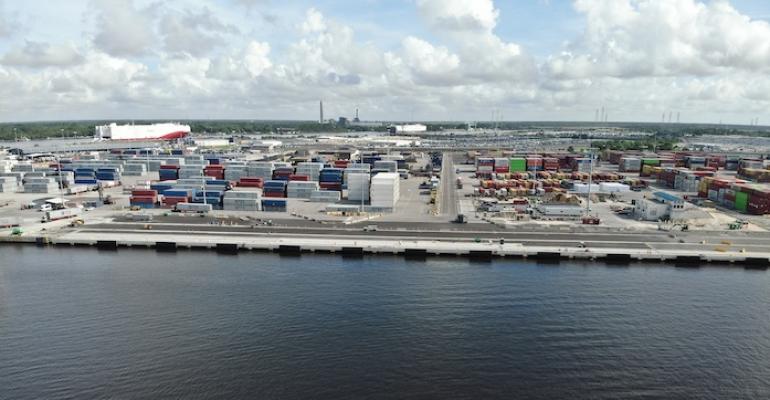 US West Coast port congestion has been a boon for Florida terminals as cargo switched to moving direct from Asia to the East Coast, and ports are investing in what they believe is long-lasting re-alignment of trade.

A new report “Seaport Mission Plan, Florida Ports: Open for Business” from the Florida Seaport Transportation and Economic Development Council (FSTED), conveys the strong message that Florida ports want to capitalise on trends that have been underway since 2021- when Asian-origin container cargo began moving directly to the East Coast of the US.

FSTED, is a public entity where the State of Florida teams up on with local ports on financing that works closely with the better-known Florida Ports Council, an association of 15 ports in the “Sunshine State”. Congestion on the West Coast is led to cargo shifts from Pacific Rim port in the US over to Atlantic ports.

A major question among economists and port planners is whether the shifts are temporary, and therefore likely to reverse back to pre-pandemic flows, or whether they are long-lasting in nature. The folks in Florida are in the latter camp and are buttressing their viewpoints with their capital expenditures.

In the opening pages of the report, FSTED asserts that: “A re-alignment of global trade routes is clearly underway, and Florida ports are strategically positioned to take maximum advantage of this opportunity.” The growth in containerised cargo has been impressive. Data in the report shows that in the pre-pandemic years of 2018 and 2019, containerised cargo moves (imports and exports) through Florida ports were 4.1m and 3.9m teu respectively. In 2021, the total exceeded 4.3m teu - with major gains seen in JAXPORT, PortMiami, and Port Everglades.

While it’s too early to get good visibility into 2022 numbers, more increases are likely. In Jacksonville - the leading container port in Florida - a $420m channel deepening project, was completed in May, 2022. The following month, a $100m project expanding quay access along 2,400 linear feet at the SSA Container Terminal at Blount Island (reachable via the channel) was finished, enabling docking simultaneously, of two post Panamax container vessels. Improvements have also been finished up to expand the landside capabilities at the terminal. 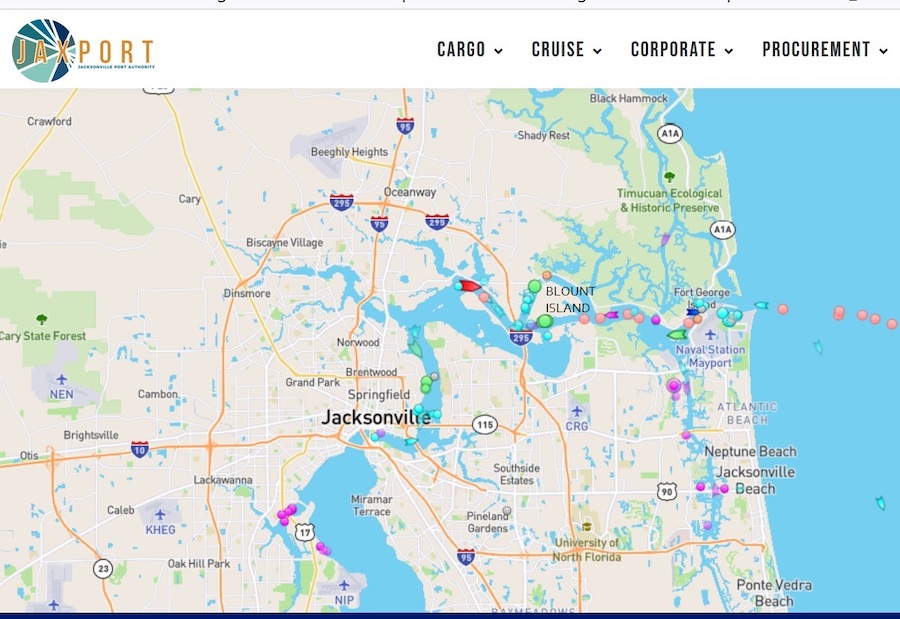 In the report, the authors go on to say: “The Florida seaports goal is to invest in infrastructure, improve the business climate, and above all, seize the opportunity to become a global hub, capturing an even larger share of international trade and related commercial activities.” Capital improvements of $4.6bn is contemplated for the state’s ports over the next five years, with $1.9bn of this going into cargo terminal expansions. Port Miami is expected to see the greatest amount of overall investment.

Port Tampa Bay plans to invest $209m in developing cargo handling capabilities, and $176m on channel deepening. According to the report, “Port Tampa Bay’s container volume increased nearly 30% over the previous year….”, due, in part to terminal build-out program being undertaken along with Ports America. Also cited are expanded container runs by ZIM, Dole and others- including direct service with Asian ports.

The report’s discussion of cargo flows at Florida ports reinforces observations from well-known commentator, Dr. Sal Mercogliano, a Professor at Campbell University, in North Carolina, who has said in a recent YouTube episode on port congestion. “To avoid congestion on the West Coast, a lot of shippers are putting their cargo on vessels that bypass the West Coast, go through the Panama Canal, and then go directly to the East Coast and the Gulf Coast.”

Like other commentators, he notes the precarious situation brought on continuing negotiations on the West Coast, between the ports and labor interests. This is emphasized by FSTED, which said, in their announcement of the new report, that: “29 West Coast ports are working without a negotiated labor contract, and many shippers have already changed lanes to reroute to East Coast ports in fears that 2022 labor negotiations could lead to similar strikes, lockouts and slowdowns that occurred in 2002, 2008, 2012 and 2014.”