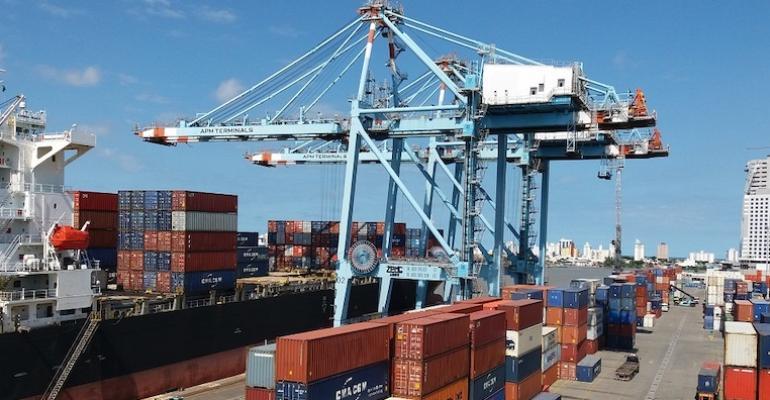 The Superintendence of the Port of Itajaí, in the Brazilian state of Santa Catalina, launched a tender protocol for the lease of berths 1 and 2 on August 4 .

The new lessee will operate at the port for a maximum of two years while the Ministry of Infrastructure finalises the privatisation process of the Port of Itajaí.

APM Terminals currently runs operations at the two berths but the company rejected the port’s proposal to extend the contract, which ends in December 2022. A new company will operate the two berths from January 2023 until the end of the privatisation process.

“After APM Terminals refused to maintain activities under the same conditions, we see no alternative but to conduct a simplified tender process. The company with the best proposal will take on the transition lease and oversee our port until the privatisation is done. APM Terminals will also be able to submit bids in this process,” explained superintendent of the Port of Itajaí, Fábio da Veiga.

The call for bids starts with the publication of the tender protocol in Brazil’s official gazette and runs until August 12.

Related: Brazil to sign agreement with 10 countries to speed up customs clearance

The new leaseholder of the mooring berths will have an initial contract of six months, which can be extended up to a maximum of two years, or until the entire privatisation process is completed.

In a meeting in Brasilia, the Municipality of Itajaí and the Federal Government signed last week the extension of the contract that gives the city government the right to manage the port. The renewal of the agreement for the grant of the Port of Itajaí was extended until the end of the privatization process.

A clause in the extension contract allows the Government to terminate the agreement with the municipality before the two-year extension period.

“We think that these next two years will be extremely important to provide economic security to market players for keeping the lines to the Port of Itajaí… we have no other option but to sign this renewal under the present conditions to avoid a discontinuity in management at the Port of Itajaí. Thanks to that, the port will continue working until the end of the privatisation process,” said Fábio da Veiga.