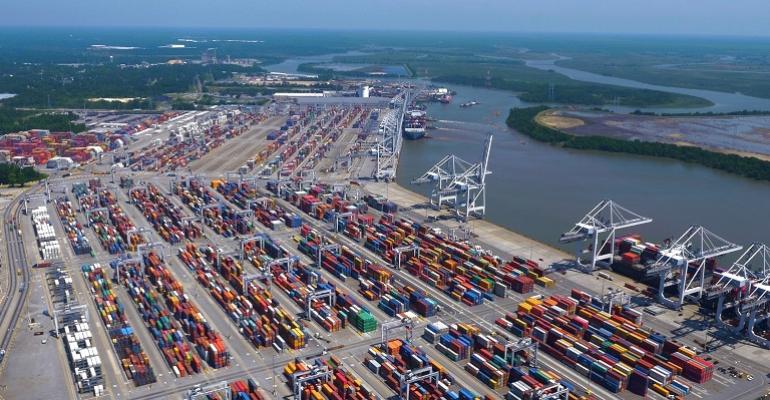 Port congestion in the US has shifted eastwards with more vessels now waiting at New York and Houston ports than Los Angeles and Long Beach.

Congestion at US West Coast ports hit the headlines last year as it reached record levels with vessels waiting more than three weeks to berth at the key ports of Los Angeles and Long Beach (LA/LB) with severe pressure on the supply chain. However, the latest edition The McCown Report by Blue Alpha Capital said that the port congestion situation in the US had morphed from primarily impacting the West Coast to impacting all coastal ranges.

According to the report the total number of containerships waiting to berth at US ports had fallen from a peak of 150 at the start of the year to 125, however, many more vessels waiting at facilities on the East Coast.

“While the West Coast represented over two-thirds of containerships wating for berths in January, it is only one-third now as the ships at anchor and resulting congestion has shifted eastwards,” the report said.

“The last month has seen an increase in this eastward shift and now Houston and New York have as many containerships waiting for berths a LA/LB combined.” The sharpest increase has been seen though at Savannah which now has 42 ships waiting for berths, six times the number the port can accommodate, translating to a typical 14 day wait at anchor.

By contrast LA/LB saw an average of 22 containerships waiting at berth during June, a 33% drop from May, and a 79% reduction from the start of the year.

“The acceleration in the long-term shift that had already been occurring due to the underlying cost economics was driven by the early and major congestion on the West Coast.” McCown is of the view most of the loads that have shifted will continue to be routed by US Gulf/East Coast ports due to better underlying economics.

Going forward continued delays at US ports are expected, and the top largest US ports saw 5.9% increase in inbound volumes in July. “With containerships now waiting at all coasts and many ports operating near or at capacity, it seems clear that further will more consistently put strain on the US port system,” McCown said.