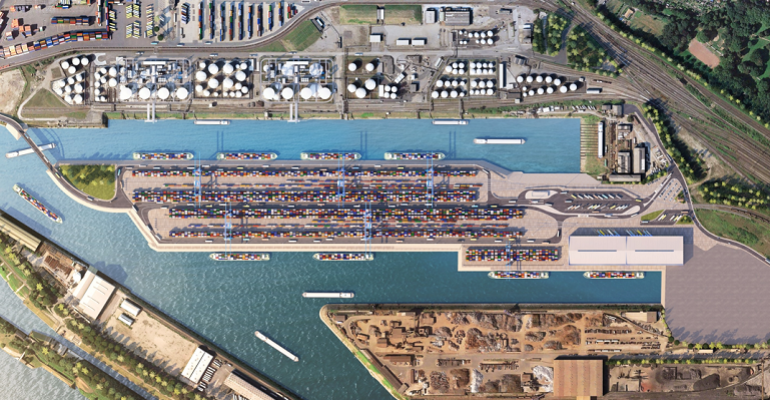 Cosco Shipping Ports has announced it will divest and sell its shares in the construction of the new Duisburg Gateway Terminal (DGT) in Germany.

Cosco sold its 30% shares to Duisburg port operator, Duisport. The Duisburg port company took over the shares in June, but both sides have agreed not to disclose the reasons for the Chinese Group decided to disinvest its participation, according to German media.

Duisport and Cosco would have held each 30% of shares, and Dutch inland shipping group HTS and Hupac 20 % each.

The new terminal will be built on the Coal Island of the German port over an area of 220,000 sq m with six cranes, 12 rail freight platforms, five loading zones, three berths for barges and an area of ​​60,000 sq m for container storage.

Initial predictions estimated that DGT capacity would be 850,000 teu per year welcoming over 100 weekly trains coming from the New Silk Road. The German port has strong overland rail connections with China.

Recently, the German government said it had approved a controversial acquisition of a minority stake, 25%, by Cosco in HHLA’s container terminal (CTT).