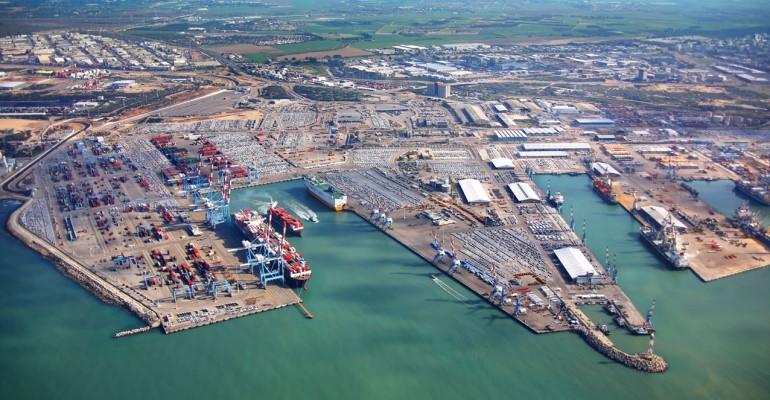 An initiative by Israel’s Ashdod Port Company brought a delegation of Israeli start-ups to Barcelona to demonstrate their technologies.

“The start-ups will benefit from field conditions in which they can implement their developments, will be accompanied by an innovation agent acting on behalf of the port, alongside the expansion of business and technological opportunities in the Port of Barcelona, one of the largest ports in Europe,” said Ashdod Port Company.

The Barcelona scheme follows a similar arrangement with the port of Newark in the US, where five Port of Ashdod incubator start-ups have launched pilot programmes.

A delegation from the Ashdod Port Company went to Barcelona on September 12 and was led by the Chairlady of the Board of Directors, Orna Hozman Bechor. The participating start-ups in the delegation included:

According to Orna Hozman Bechor: “Our technology incubator has a great deal to offer in order to make the world of shipping and ports more efficient, from the field of logistics and transportation to control systems and green energy”

The technology incubator was established in 2021 and has since accompanied over 60 start-ups in various fields, including operations, logistics, cyber protection, and safety, said the port.

Ashdod Port’s Board of Directors recently announced an investment of around NIS 4.5m ($1.3m) in four of the incubator’s start-ups, incorporating the technologies into the port’s work through purchases and royalty agreements.

“Expanding the activity of the start-ups to leading ports around the world is an important milestone for reinforcing the international, technological, and economic connections of the start-ups and their ventures, as well as of the Port of Ashdod and the entire State of Israel as the start-up nation”, said Bechor.

“As Israel’s national port, we are proud to nurture the spread of Israeli innovation overseas.”

The President of the Port of Barcelona, Damia Calvet, said: “At the Port of Barcelona we are convinced that we must welcome the arrival of innovation and new technologies. Tools such as big data, blockchain, artificial intelligence and the Internet of Things will allow us to become more efficient and improve our sustainability and competitiveness.

“The Mediterranean Sea has suitable conditions for the development of a network of smart ports. Through digital transformation and hosting incubators of innovation in the ports, we will be able to increase growth and employ more workers.”