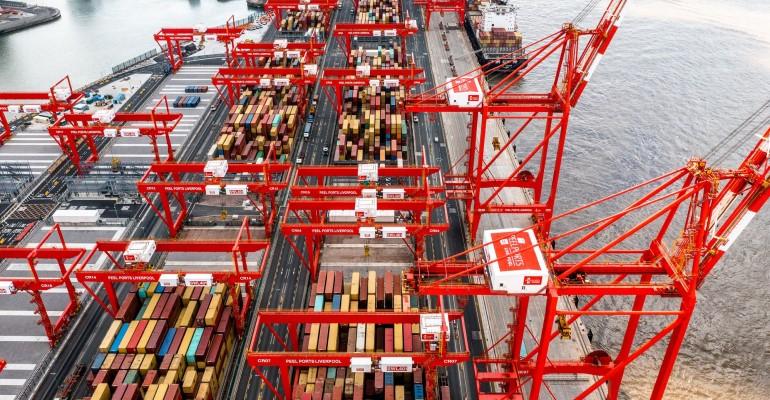 Dockworkers at the UK’s port of Liverpool are set to strike in September over a below-inflation pay offer.

The looming industrial action comes as a similar dispute rolls on in the UK’s largest container port Felixstowe, which saw strikes in late August. The strike in Liverpool is set to run between 19 September and October 3, 2022.

Unite the union accused port operator Mersea Docks and Harbour Company (MDHC) of offering a 7% pay increase at a time of 12.3% inflation, effectively a pay cut for workers. MDHC was also accused of failing to carry out a pay review and failing to improve shift rotas.

MDHC is owned by Peel Ports, which said it had made a pay offer of 8.3% along with improvements to sick pay, pensions and shifts.

Peel Ports Chief Operating Officer David Huck said: “Our pay offer is well above the national average and represents a sustainable position for the business, taking into account stagnation in the container market, worldwide economic pressures, the conflict in Ukraine and global shipping disruption.”

Unite’s position was that MDHC made a £30m profit in 2021 and can afford a better pay offer. Unite general secretary Sharon Graham said: “Workers across the country are sick to death of being told to take a hit on their wages and living standards while employer after employer is guilty of rampant profiteering. MDHC needs to think again, table a reasonable offer and fulfil its previous pay promises.”

Unite lead officer for freeports, Steven Gerrard, said: “MDHC has refused to honour the previous pay pledges it made to our members and is refusing to put forward an acceptable pay rise now. It has no one else to blame for the disruption that will be caused.

“MDHC needs to deliver on the agreements it made in 2021 as well as tabling an offer our members can accept for 2022.”

Huck added: “We will continue to urge Unite the Union to keep talking with us so together we can find a resolution to avoid action that will be bad news for the sector, businesses and families, with the effects being felt for many months to come, at a time when container volume demand has started to reduce."

In a statement, Peel Ports said it had recruited an additional 150 staff for Port of Liverpool container operations over the last 12 months, and considerably improved terms and conditions over the last four years across shift patterns, sick pay, pension contributions and other benefits, "bringing 600 Port Operatives on a par with all other employees after they were transferred from their former agency employers in 2018."