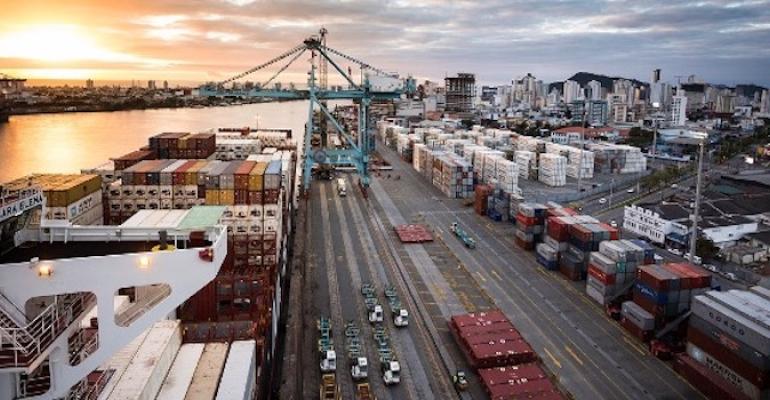 The superintendent of the Port of Itajaí, Fábio da Veiga, and the city’s acting mayor Marcelo Sodré announced that the interim contract between the municipality and APM Terminals has been renewed.

The company is the port’s current lessee and offered $350,000 (BRL2m) per month to continue in this position until the federal privatisation process is concluded.

Using the claim that the National Waterway Transportation Agency (Antaq) found that there is not enough time to put a new lessee in charge, the port’s superintendence announced its intention to cancel the bidding process won by CTIL Logística. The contract with APM was to expire on 31 December but will now be renewed for up to two years.

The APM made a new proposal to the municipality about three weeks ago. The amount offered is the fixed minimum payment for the leased area of around $350,000, plus a variable amount for the public area if it is to be used. The proposal is half of what CTIL offers, $750,000, for exploring berths 1 and 2 and half of what the lessee currently pays.

Initially, APMT did not submit any bids to the tender over a new provisional contract, although it expressed interest in maintaining its current position if the port authority refrained from opening a selection process.

The recent announcement that the contract was renewed under the company’s terms comes after the business class and unionists became concerned about whether it would be possible to keep operations at the Port of Itajaí running.

Leaders of the Itajaí Business Association (ACII) and the Federation of Business Associations of Santa Catarina (Facisc) expressed concern about the absence of clear decisions. The entities requested the continuation of APM in the role of the port lessee to prevent the risk of discontinued operations. According to the market, there is a risk of stoppage of activities.

CTIL has not commented on the municipality’s decision and has not yet informed whether it will accept the cancellation of the bidding process or whether it will go to court against the decision.