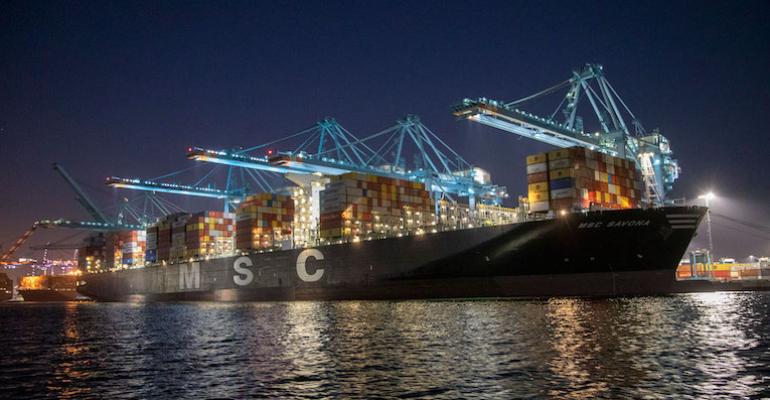 The Port of Los Angeles (LA) saw a 15% drop in container volumes handled in August as imports tumbled, while the Port of Long Beach fared better with just a 0.1% fall.

Bringing to an end a surge in cargo seen in the latter half of 2021 through to July 2022 the Port of LA handled an estimated 806,000 teu in August this year, 15% lower than the same period last year.

It was a different picture at the Port of Long Beach where volumes handled were buoyed by empties but also the fall in imports was less dramatic. Long Beach handled 860,940 teu in August, down just 0.1% on the same month in 2021.

The sharp drop in loaded imports at the Port of LA comes at a time when traditional volumes ramp up ahead of the peak holiday season.

“Some goods that usually arrive in August the for the fall and winter season shipped earlier to make sure they reached their destination in time,” Port of Los Angeles Executive Director Gene Seroka said at a news briefing. “Additionally, inflationary concerns and elevated inventory levels have made some retailers and e-commerce sellers more cautious.”

Carriers and shippers have also sought to reroute volumes away from US West Coast ports due to the possibility of a labour strike members of the International Longshore and Warehouse Union (ILWU). This has resulted in a build-up of congestion at US East Coast ports.

The possible threat of a strike remains as negotiations between ILWU), and the port terminals, represented by the Pacific Maritime Association (PMA) continue. Although the existing contract expired on 30 June both sides have committed to maintaining service levels while negotiations continue.

Meanwhile Seroka repeated statements from a month earlier about spare capacity at the Port of LA’s terminals. “We’ve got capacity on our terminals and the ability to handle cargo coming in more efficiently than last holiday season.”