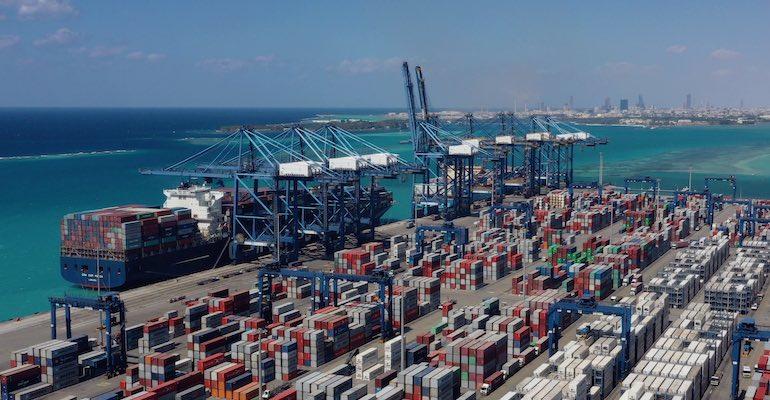 RGST, which operates the largest terminal facility in Saudi Arabia at Jeddah Islamic Port, was selected by Bangladesh’s Ministry of Transport.

The Port of Chittagong, recently renamed as Chattogram, handled a record 3.2m teu in 2021, and is the busiest port in the Bay of Bengal, serving as gateway for 90% of Bangladesh’s import and export ocean cargo. The majority of import shipments are destined for the capital, Dhaka, 265 km (165 miles) away.

"The port also serves as the main gateway for Bangladesh’s fast-growing exports including its garments trade, one of the largest globally. The new facility, being built by the Bangladeshi government, will feature a 600 metre quay and will be able to handle three vessels simultaneously, augmenting the ship handling capacity at Chattogram port," an RSGT statement said.

In 2017, the Government of Bangladesh adopted a “Policy for Implementing Private-Public Partnerships (PPP) Projects through Government-to-Government Partnerships (G2G)”, RSGT said. In February, the Bangladeshi Ministry of Shipping proposed a plan for the development of PCT based on the PPP model to the Saudi government which in turn nominated RSGT as the Saudi investor.

“We are extremely pleased to have been selected for this opportunity. The rapid growth of Chittagong Port’s cargo volumes necessitates further investment in modern equipment, advanced technology and building new human capacity,” said RSGT’s director of global investments, Gagan Seksaria.

“This project fits well with Red Sea Gateway Terminal’s competencies and its expansion strategy for emerging markets. We are very confident that, through this investment, we will be able to contribute significantly to Bangladesh’s fast-growing trade and economy.”

A 2019 study by the Asian Development Bank (ADB) into loan assistance it had provided to Chittagong Port Authority's development plans found that the port’s strategic location made it an appropriate alternative to other ports in the region.

“Much work still needs to be done before the full potential of Chittagong Port’s gateway function for third-country trade... can materialise. The project’s envisaged outcome of increased container capacity was achieved,” it said.

“However, the project’s enhanced facilities were not able to accommodate the boom in international trade. Chittagong Port is still beset with lingering congestion problems and the new facilities have not been able to keep abreast with the growing demand for port services.”

In 2021, RSGT announced the sale of a 40% equity stake worth $280m to China’s Cosco Shipping Ports Limited (CSPL) and Saudi Arabia’s Public Investment Fund (PIF). “Working closely with PIF and CSPL, we will accelerate our shared vision, further strengthen our customer offering, and elevate our mandate to meet the increasing demand for terminal and logistics services," Jens O. Floe, CEO of RSGT, said.