How will US President-elect Biden impact shipping? 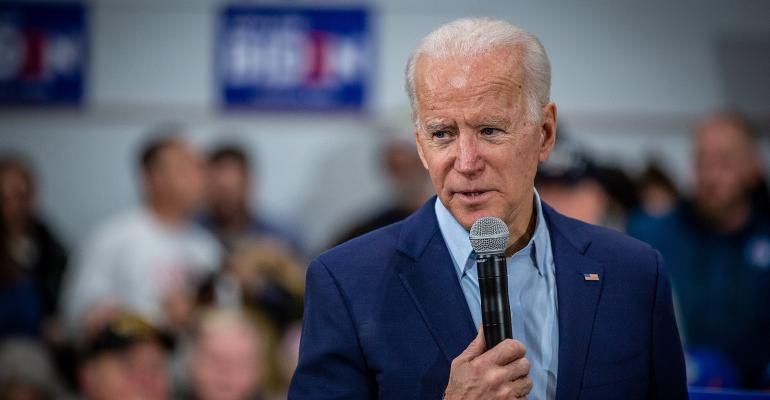 Shipping market forecasters can take solace in the fact the US election pollsters and pundits also have a dismal record as was drawn out in the latest Presidential election.

Despite expectations of a massive win by Joe Biden, a Democrat, in the Presidential race, and a big “Blue Wave”, the US elections were remarkably close. Mainstream media waited four days, on the Saturday following the elections, before making their call that Joe Biden had won in the voting for President.

The President’s ability to influence policy depends on his ability to achieve desired outcomes with Congress- the legislative branch of the US government. The Democratic party will continue to hold a majority in the other legislative chamber- the House of Representatives.

Still unclear, in the ongoing morass of recounting (some mandated by existing rules, some potentially the result of possible legal actions from the Republican side), is whether the Republicans will retain control of the US Senate. In the weekend following the election, the Senate tally saw 48 Democrats and 48 Republicans holding seats, with four seats still uncertain - though many media pundits were looking for the Republicans to keep a slim majority- at 51 seats to 49, when all the dust settles. The fine print in legislation of all types is influenced by which party is controlling the respective chambers.

On the vessel side, there was not much difference between the candidates, though shipping topics never really came up in a meaningful way. Biden, like Trump, will be a continued supporter of the Jones Act, which - reserves coastwise trade for vessels built, and owned in the States, crewed by US mariners.

Biden’s ties to Pennsylvania, his “rust belt” birthplace, and the importance of Philadelphia in the election, will not be unnoticed by observers of the shipbuilding scene. Biden has stressed his ties to organised labour, and had gained the support of a number of maritime unions in the election.

On the cargo side, one obvious likely improvement will be  the US trades with Cuba, set back by Trump after an opening by Trump’s predecessor Barack Obama, where Biden served as Vice President, 2009- 2019 - easing decades of sanctions. Increased movements of general cargo, both breakbulk and unitized, and vehicles would benefit both US and other carriers already serving the Caribbean islands.

The US heartland , steel-making states like Michigan and Pennsylvania (won by Biden) and , Ohio (went Republican) were frequent campaign stops for both Donald Trump and Joe Biden. Agricultural stalwarts such as Iowa, Missouri and Kansas were solid “red” states (going for Trump) but fit into the Biden mantra of supporting working Americans. Macro trade flows will see limited impact from a change in Administrations; farmers have noted Biden’s support for biofuels.

The shipping industry will be impacted in a major way, albeit over a timeframe lengthier than a US election cycle, by regulations and initiatives related to climate change. The oil business will likely be under much more pressure to ramp up its non-fossil fuel initiatives, generally, under a Biden regime.

However, macro tanker market influencers, related to fleet supply, OPEC+ actions, and by overall oil demand, not red versus blue, will drive tanker markets. The US saw exports increase during the Trump years, following an Obama late 2015 initiative, due to bigger picture fundamentals, rather than by explicit Presidential actions.

The offshore wind energy, which has seen projects pushed back several years by Trump administration inertia, will be loudly applauding the Biden victory. Under a Biden administration- with cooperation from the Legislative branch, US shipbuilders, and long-suffering owners of oil service vessels, would welcome efforts to facilitate offshore wind projects, driving US energy consumption away from fossil fuels, in a more timely manner.