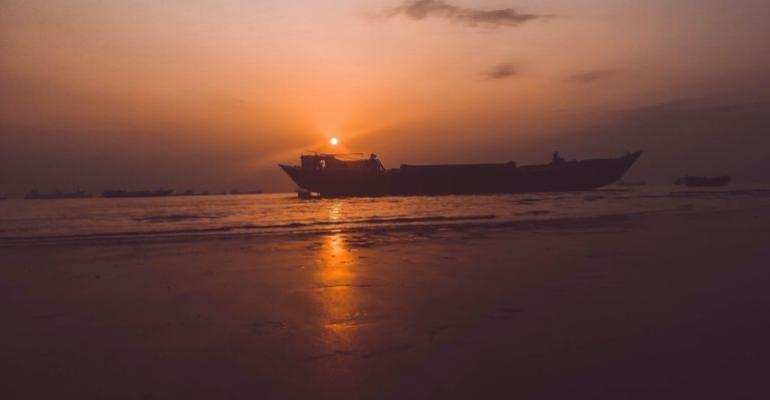 Although Pakistan has re-emerged as a key ship recycling centre this year, Turkey’s six EU-approved facilities are already full for months ahead and recycling yards in the Indian subcontinent are still working well below capacity as a result of COVID-19.

Major cruise lines including Royal Caribbean and Carnival have now sold vessels for recycling in Aliaga, Turkey, with Royal Caribbean’s 1991-built Monarch, 73,900-gt, arriving there earlier this week with two other vessels, the 1987-built 73,500-gt Sovereign and the 1990-built, 47,400-gt Horizon understood to be on final voyages to the Turkish recycling region.

The world’s largest cruise lines have opted for EU-approved yards, rather than risk potential complications by recycling vessels at yards on the Indian subcontinent, even though some facilities have successfully undergone EU approval procedures.

During a webinar yesterday, Dr Anil Sharma, founder and ceo of GMS, repeated earlier warnings that EU regulations, imposed on the owners of vessels with certain links to the European trading bloc, will mean few recycling options for many owners, particularly those of larger vessels including capesize bulkers, very large ore carriers, big tankers and large container ships. Sharma said the EU does not have the capacity to recycle such vessels – “something we’ve been saying for some time”.

Up to the middle of June, Pakistan had taken 26 vessels of a total 200,000 light displacement tons (ldt) compared with a similar number of about 125,000 ldt over the whole of 2019. Indian yards had taken 104 vessels totalling about one million ldt over the same period while Bangladesh recycling facilities had taken about 80 ships of 1.15m ldt.

Speaking during the webinar, senior GMS traders revealed some of the complexities of completing recycling deals during the pandemic when many facilities closed for business, international flights were halted, foreign crews were not allowed, and there was no scope to dispatch crews for ships sold ‘as is’ in other global locations.

However, the message is that recycling facilities on the Indian subcontinent are now very definitely open for business again, Sharma said, revealing that ships sold for recycling recently include capesize bulkers, ore carriers, container ships, vehicle carriers, ro-ro’s, offshore vessels, FPSOs and FSUs. There had been few tankers so far, he said, but these could well start to arrive over the last quarter of this year or the first quarter of 2021.

Carnival yesterday announced that four cruise vessels, owned by its Holland America Line brand, have been sold to undisclosed buyers in pairs. “The S-Class Maasdam and Veendam (are) transferring to one company in August 2020, while the R-Class Amsterdam and Rotterdam will move to another company in fall 2020,” the company said in a statement.