President Trump clarifies EU travel ban does not include trade 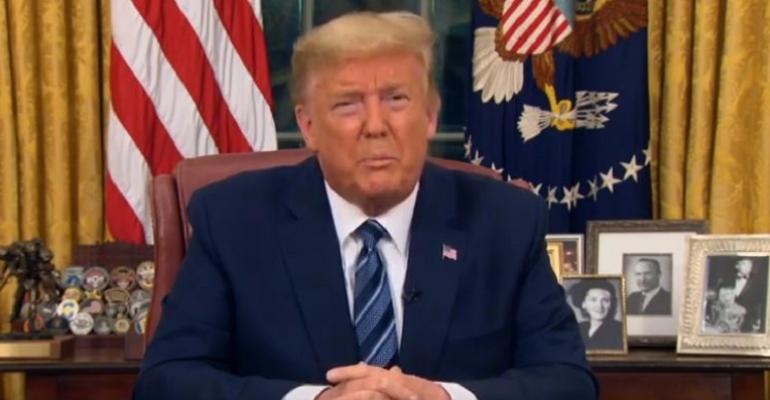 US President Donald Trump has clarified that a 30-day travel ban from Europe to the US to combat the spread of the coronavirus (COVID-19) does not include trade as the original address implied.

President Trupm announced on Wednesday evening a 30-day ban on most foreign nationals coming from 28 European countries to the US from Friday. The ban excludes the United Kingdom.

In a Twitter post following the national TV address Trump said "Hoping to get the payroll tax cut approved by both Republicans and Democrats, and please remember, very important for all countries & businesses to know that trade will in no way be affected by the 30-day restriction on travel from Europe. The restriction stops people not goods."

The original speech appeared to imply that trade and cargo would be included in the ban. “These prohibitions will not only apply to the tremendous amount of trade and cargo but various other things once we get approval. Anything that comes from Europe to the United States is what we are discussing,” President Trump said in the televised national address.

In terms of the travel ban a statement from the US Department of Homeland Security said: “Today President Donald J. Trump signed a Presidential Proclamation, which suspends the entry of most foreign nationals who have been in certain European countries at any point during the 14 days prior to their scheduled arrival to the United States.”

The ban does not apply to legal permanent residents, and in most cases immediate family members of US citizens, and other individuals who are identified in the proclamation.

The full address from President Trump can be viewed below starting from the 25 minutes 8 seconds mark.