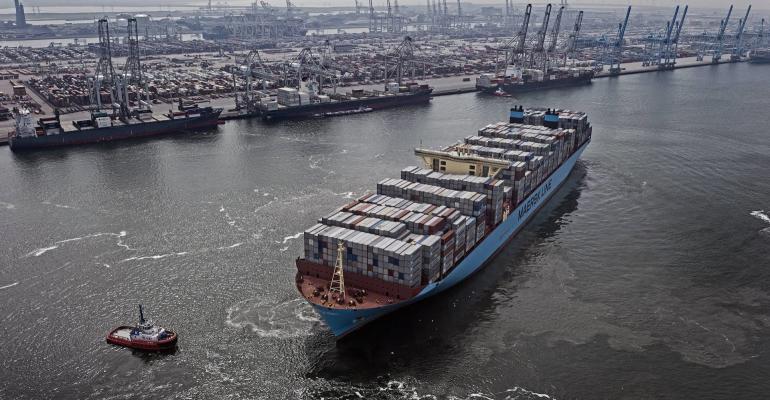 The container line lobbying group responded to proposed changes to the EU ETS in a European Parliament draft report by Rapporteur Peter Liese.

The proposed amendments to the scheme include a change to the definition of a “responsible entity” to include vessel operators and a clause to pass ETS costs from the shipowner to the operator. The amendment would essentially place WSC’s members on the hook for ETS costs for timechartered vessels; the group has objected on environmental grounds.

Related: MTM to expand biofuel use after successful trial

“The proposed amendments are intended to shield shipowners from ETS costs and then provide them with front-of-line access to ETS revenues such as the Ocean Fund. This would corrupt the whole idea of the ETS, changing it from a “polluter-pays” policy to a system where the “polluter-gets-paid”, and vastly reduce its effectiveness,” said WSC.

The report said that to uphold the pulluter pays policy, costs should be paid by the entity ultimately responsible for decisions affecting a vessel’s CO2 emissions, and that a binding legal agreement between owner and commercial operator would make it easier for authorities to identify and contact commercial operators.

WSC also warned that amendment 46 directs the European Commission to seek bilateral deals that would undermine progress towards a global policy on greenhouse has (GHG) emissions. The amendment would mean that the European Commission would engage with third countries to establish market-based measures to reduce GHG emissions from shipping, covering 100% of emissions from journeys between EU members states and the third countries.

The report justified the amendment on the grounds that the current Maritime ETS text would only cover half of extra-EU journeys.

Although amendment 46 includes specific text for the EC to engage with the International Maritime Organization (IMO) to strengthen a global market-based measure, WSC objected on the grounds that “the bilateral agreements proposed would undermine progress towards global GHG policy.

“This would be a costly distraction, undermining progress towards global GHG policy at the IMO and slowing progress toward decarbonising shipping. It would also undermine the GHG and economic goals of the EU Green Deal, amplifying the risks identified in EU impact assessments - GHG leakage, loss of EU port competitiveness, and distortion of trade,” said WSC