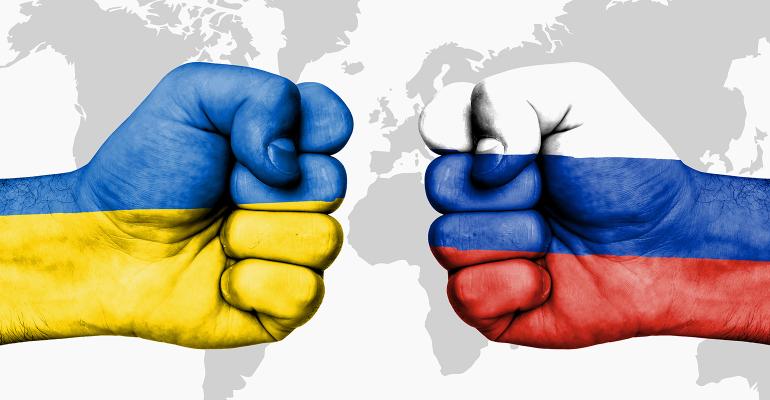 The sanctions regime targeting Russia contains varying levels of limitations, deadlines and targets, according to lawyers at Reed Smith.

Led by the EU and US, many western-allied countries have targeted Russian interests with punitive sanctions in response to Russia’s invasion of Ukraine.

The first sanctions from the US target the DNR and LNR regions of Ukraine and are similar to sanctions imposed in the wake of Russia’s annexation of Crimea in 2014. “They're virtually identical and prohibit almost all transactions by US persons or transactions in US dollars in those regions,” said Leigh Hansson, Partner, Reed Smith. The sanctions are easy to expand in scope as the situation on the ground changes, Hansson added.

The US has also imposed multiple financial sanctions targeting banks, including majority-owned subsidiaries. After a wind down period, no US persons and no US dollars will be processed by those banks.

Sanctions targeting the Central Bank of Russia will not prevent the clearing of transactions from other banks, said Hansson.

Other targeted sanctions against Russia include directive three sanctions, which prohibit transactions and dealings by US persons, or transactions within the US in new debt with maturity over 14 days, and new equity in certain Russian enterprises. A notable inclusion on this list is Sovcomflot.

“They're not necessarily complete bans on banking transactions, for example. It's very important to keep in mind though, that if you are dealing with them [Sovcomflot], it only applies to new debt... issued after the date of the sanction. And again, these sanctions don't prohibit all routine banking transactions,” said Hansson.

Further US sanctions include export controls on US products and foreign direct product rules on certain products manufactured outside of the US using US materials.

Alex Brandt, Counsel, London said that the UK was broadly aligned with other western powers in its sanctions, but implementation varies. Many customers had been in touch regarding sanctions on VTB and VTB Capital, where a wind down period is in place through until 27 March, he said.

Brandt noted a tightening of capital market restrictions seen in the past, with the removal of an exemption for securities issued by UK subsidiaries of entities on the sanctions list. The UK has a similar ban on dealings with transferable securities by the Russian government from March 1, and prohibitions on granting loans with maturity over 30 days.

Importantly for the transport sector, UK restrictions on military and dual-use goods to Russia have been expanded and critical industry goods have been added to the list, including some electronics, sensors and other equipment for the marine sector.

On the UK’s port entry ban for Russian vessels, Brandt said: “The devil is in the detail and particularly when looking at chartered vessels, vessels chartered by those who are connected with Russia, it's very important to look at the definitions. There are quite detailed definitions in the legislation about whether a charterer can be said to be connected with Russia.”

Brandt suggested a step-by-step approach to navigating the moving landscape of sanctions, starting with going back to contracts and counterparties and see whether you are exposed, where you are exposed and how you are exposed.

Step two is to look at effective contracts and how restrictions on goods, counterparties and wider banking changes may impact business, and whether there are safety considerations or a force majeure situation.

“Step three is taking whatever restrictions you've identified, and then seeing where you are on your contracts. Whether it's illegality, force majeure, sanctions clauses, war risk, whatever it might be, you need to be able to fit neatly, the type of the restriction into your contract to ensure that any action that you do take doesn't expose you to risk,” said Brandt.

The final step is to act according, he said.

Hansson made a final point that companies should cross-check their sanctions screening tools as providers scramble to update their systems with new parties. “When you're doing the screening, until your service provider has told you that they have updated to include the most recent government lists,  double check the government list because we have seen some problematic inaccuracies on some of this software screening providers,” she said.