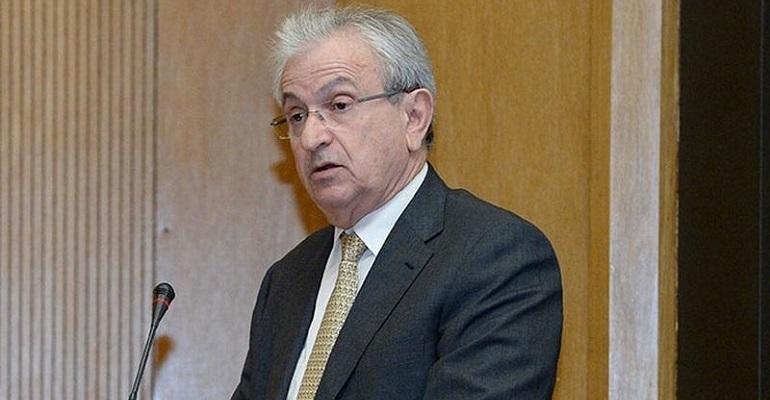 Greek shipowners have slammed the fact shipping industry’s “needs are absent from the list of priorities of governmental officials and decision-makers”.

Controlling the world’s largest fleet and the backbone of European Union shipping and a cornerstone of seaborne trade, Greek shipowners contend “shipping merits the recognition and support it deserves in line with its status and contribution to international trade and world prosperity”.

It is not the first time Greek owners have bemoaned this fact.

Commenting in the foreword to its annual report for 2020-2021, Union of Greek Shipowners (UGS) president, Theodore Veniamis, wrote: “Such recognition and support are essential in order to facilitate the undisrupted provision of sea freight services and the unobstructed movement of seafarers around the world, which is pivotal for their health and well-being and for safety at sea.

“The months ahead appear to be even more challenging, due mainly to climate change-related regulatory issues and initiatives both at international and European level,” warned Veniamis.

He said IMO’s continuous efforts should not be undermined by regional and/or unilateral legislative initiatives, and in particular of the EU.

He continued the UGS remains firmly committed to environmental protection and carbon-free shipping, but shipping decarbonisation cannot be a realistic goal, without the crucial contribution of ship engine manufacturers, shipyards, marine fuel producers and suppliers. “It is shipowners that are called upon to comply with misguided policies and primarily revenue-generating legislation,” said Veniamis.

Regarding the EC’s ‘Fit for 55’ package, the UGS president reiterated the Greek view that it’s incompatible with the global nature of maritime transport and the shipping industry’s modus operandi, while it seriously undermines the ongoing international efforts and negotiations towards the sector’s decarbonisation. However, the EC’s acknowledgement of the structural role of charterers in meeting the compliance costs deriving from the proposed inclusion of shipping in the EU ETS is a fundamental that the UGS has emphasised from the beginning.

Veniamis committed Greek shipping, with “its hands-on and highly experienced entrepreneurs to continuing its constructive contribution during the upcoming negotiations, both at European as well as at international level.

“We will do so by putting forward ambitious, yet pragmatic and realistic proposals,” he said.

At a national level, Veniamis welcomed recent measures to address legislative failures that have had an adverse effect on the competitiveness of the Greek flag. “Besides its inherent qualitative advantages, the Greek flag is now also considered as highly competitive, with its main weakness now lying in the delayed implementation of its digital transformation processes across certain operational and administrative aspects,” he said.

In the same context, he noted the UGS launched a few months ago a campaign targeting the youth with the aim to promote shipping careers.

“The ability to attract and recruit the youth, in tandem with the necessary further expansion of our merchant marine academies and the anticipated modernisation of marine education and training standards, are the critical factors that will help us preserve the Greek maritine know-how and increase the number of Greek seafarers onboard the Greek- owned fleet,” said Veniamis.

As the backbone of EU shipping Greece continues to increase its share of the EU-controlled fleet. The Greek-owned fleet represents 58% of the EU-controlled fleet. The UGS reported the Greek fleet of 4,901 vessels, makes up 19.42% of global dwt at approximately 364m dwt. Further, more than a third of the Greek-owned fleet or 1,706 vessels, fly an EU member state flag.

“The Covid-19 pandemic severely impacted the receipts in the country’s balance of payments from maritime transport services, which despite exhibiting a 20.16% decrease compared to 2019, amounted to approximately Euro 13.8bn for the fiscal year 2020,” reports the UGS.

Dismissals and Ambushes: proceedings at the Federal Maritime Commission
Jun 30, 2022