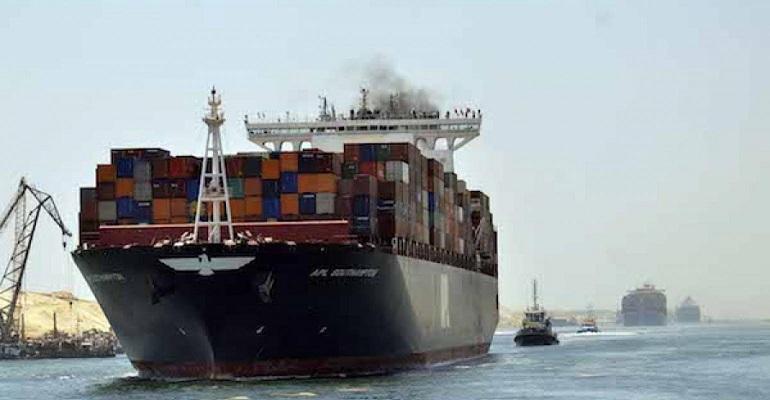 The Suez Canal Authority (SCA) has clarified its position on the use of open-loop scrubbers whilst transiting the waterway to comply with the new IMO 2020 regulation.

In a note issued on Sunday which followed confusion over the wording of SCA Circular No 8/2019, the SCA has said that “cleaning water from (exhaust gas) is forbidden to discharge to Suez Canal during transition of ships at any circumstances.”

Since Egypt has not ratified Marpol Annex VI, and until it does so, ship operators can continue to burn and transport heavy fuel oil in the country’s waters, including the Suez Canal. According to London sources yesterday afternoon, the SCA’s position is understood to mean that ships equipped with open loop scrubbers may continue to burn heavy fuel oil and use their exhaust gas cleaning installations as they navigate Egyptian waters, but they must switch off their open loop scrubbers when transiting the Canal.

“They want to make sure the pollutants go up the funnel, rather than into the Canal,” said one expert, summarising his understanding of the SCA’s position.

In the earlier Circular No 8/2019, the SCA had said: “You are kindly advised that Suez Canal Authority puts no conditions or restrictions on fuel oil or Open-loop Exhaust Gas Cleaning Systems until ratification of Marpol Annex VI by Arab Republic of Egypt.”

Related: Singapore to ban use of open loop scrubbers in port waters

However, in the very next paragraph, it stated: “This is also in consistence with the obligation that Wash water resulting from exhaust gas cleaning systems shall not be discharged into water during vessels transit of Suez Canal.”

At the time of writing, the intentions of the Egyptian Government with respect to whether and/or when the country may ratify Marpol Annex VI are not known. However, the issue is a major concern for ship operators who have invested in open-loop scrubbers. These are already banned in a number of countries including Belgium, China, India, Latvia, Lithuania and Singapore. Meanwhile, a range of ports, the Emirates of Fujairah and Abu Dhabi in the UAE and the states of California, Connecticut, Hawaii and Massachusetts in the US have banned their use.

Sources in London suggested that following ratification of Marpol Annex VI, whenever that may be, the Egyptian regulations as they stand would probably require ships either to burn low sulphur fuel while transiting the Canal or to replace open-loop scrubbers with closed-loop or hybrid systems.

According to SCA some 8.3% of all global seabourne trade passes through the canal and 25% of all containerised cargoes. Most of the top container lines have fitted scrubbers to some of their vessels.