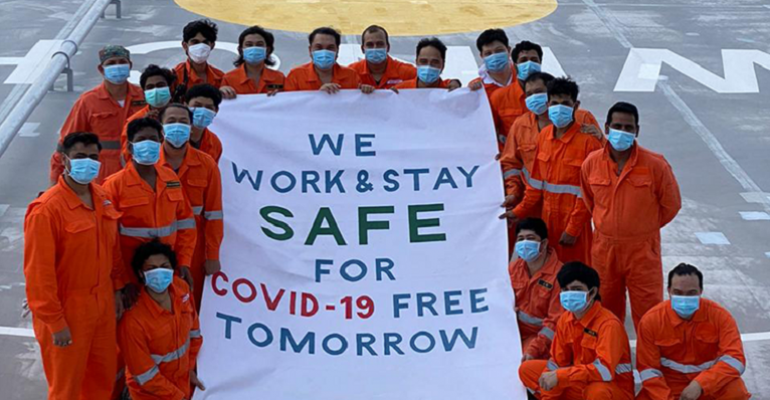 Global representatives of the transport industry and its workers have issued an urgent plea for governments to restore free movement for supply chain workers or face “collapse” of the system.

The International Road Transport Union (IRU),  International Air Transport Association (IATA) ,  International Chamber of Shipping (ICS), and the International Transport Workers’ Federation (ITF) published an open letter on the day of the UN General Assembly in New York. The letter calls for an end a ‘global humanitarian and supply chain crisis’ and makes an urgent plea to the world’s heads of government to restore freedom of movement to transport workers.

There was a stark warning that the collapse of the global supply chain if governments do not take action. Stephen Cotton, ITF Secretary General stated: “The time has come for heads of government to respond to these workers’ needs, if not they will be responsible for the collapse of supply chains, and the unnecessary deaths and suffering of workers and citizens caught in the crisis. That blood and that chaos will be on their hands.”

While transport workers have kept the supply chain moving throughout the pandemic despite highly unpredictable travel restrictions and requirements have taken a severe toll on workers in all modes of transportation, including the seafarers with the crew change crisis which left over 400,000 seafarers stranded on vessels well beyond their contract periods, in some cases for as long as 18 months.

Guy Platten, ICS Secretary General said: “Two of the themes for this year’s General Assembly are human rights and resilience. Given transport workers have shown indescribable levels of resilience in the face of immense hardship, we call on the UN and heads of state to finally take the decisive and coordinated action to resolve this crisis.”

The letter called for:

Guy Ryder, Director-General of the ILO said: “This issue was raised last year at the UN General Assembly by Secretary-General Antonio Guterres, and it will be essential that delegates at this years’ gathering in New York are aware of their responsibilities. It is of great importance that the heads of organizations representing millions of transport workers globally have asked governments to take urgent action and end restrictions that are putting incredible strain on workers, their families and the global supply chain. It is a call that can no longer be ignored.”