Ukraine, maritime contracts, and when war is not a war 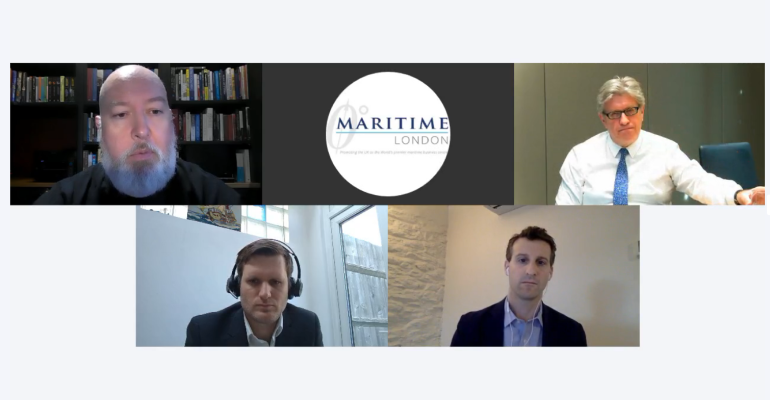 Russia’s invasion of Ukraine may not trigger war termination clauses in certain contracts in the maritime industry.

Russia’s invasion of Ukraine and its ongoing military actions in Ukraine are acts of war as a matter of English law, according to a prominent maritime lawyer, but that does not mean that war termination clauses will necessarily trigger.

Speaking at a webinar organised by Maritime London, Global Senior Partner at Ince, Julian Clark, gave the example that war termination clauses in hull risk policies only trigger if there is a war between certain named countries, normally China, the UK, France, the US and Russia.

“So we don't have an automatic termination position at the moment, because this is currently a war between Russia and Ukraine,” said Clark.

Clients had asked Clark whether UN intervention in Ukraine would make the situation a war under such clauses, but again the answer was no as the UN operates as a peacekeeping force.

What could trigger war clauses would be actual military intervention such as the no-fly zone Ukraine has asked its western allies to enforce in the skies over Ukraine.

Definitions of war are much broader in Bimco’s CONWAR clause, said Clark, as it talks about war, and acts in relation to war-like operations. “I think we almost certainly are now in a position where CONWAR clause would apply.”

Bimco released an update on the contractual implications of the Ukraine situation in late February.

Force Majeure is not a concept in English law, said Clark, it is a contractual arrangement and so will depend on the contract terms. The Bimco force majeure clause has a proviso that the affected party could not reasonably avoid or overcome the force majeure event, “so just because a contract becomes more expensive, more costly, more difficult to perform, doesn't automatically mean the force majeure will apply,” said Clark.

Clark also covered frustration, an English Law concept, but one that English law “doesn’t like very much”.

“If you look at all the authorities over the past 20-30 years, you've seen a narrowing down of the courts’ willingness to allow a party to extricate themselves from a contract because of a “frustration event”. The thing to remember there is, the frustrating events must effectively block or make performance impossible, as opposed to an attempt to rely on frustration as a an excuse to get out of the contract,” said Clark.

Whether frustration could play a part in situations around Ukraine will depend on contract details.

“Let's say you had a contract that was limited to load one cargo at one Ukrainian port, and now that port is no longer operating, there are no real cargoes there, and perhaps the port's even been overcome by Russian forces. I'd say that probably now is a frustration event.

“But of course, if the contract is wider and gives them permission to load other cargoes from other ports, then it's there's an alternative means of performing that will not be frustrating, even though that might end up being more expensive,” said Clark.