Update on US maritime and environmental regulations 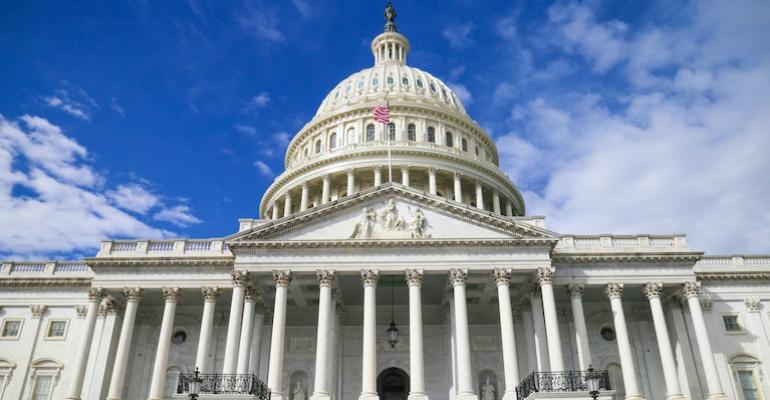 Barry Parker reviews the latest regulatory developments that will impact shipping at the US Environmental Protection Administration (EPA) and Federal Maritime Commission (FMC).

The regulatory landscape is hard to navigate, even for insiders - at a very high level, rules can be codified as Federal laws or they can be set by agencies that reside within the Executive branch.

For Seatrade Maritime News readers, agencies recently in the spotlight have included the Federal Maritime Commission (FMC), which is independent and not part of a broader department like Transportation or Commerce, and the Environmental Protection Administration (EPA), also an independent agency.

The EPA has been in the news lately, with a late-June ruling from the US Supreme Court, the Judicial branch, which would limit the EPA’s ability to set down rules for the domestic power industry, but by no means would it completely strip the EPA of power to write rules. The Court ruling in itself is based on the idea that rules with big impacts on the economy, which emissions related power plant issues surely qualify, should be put in place by Congress, and not by unelected civil servants.

It would not impact shipping directly, as it deals with regulation of CO2 emissions from power plants in land-locked West Virginia. However, future efforts by Federal agencies could see more scrutiny.

In other regulatory items that have been in the news, agencies could be enforcing actual laws, but might be filling in blanks and writing the script on their own. In early July, the “Clean Shipping Act of 2022” (H.R. 8336) was introduced by two Congressional Democrats representing districts including California ports. The bill, with an idea of reducing carbon emissions from vessels and in ports, would amend the Clean Air Act, which gives the EPA its mandates, last revamped significantly in 1990. It would give the EPA powers to enforce carbon reduction baselines- moving down to a 100% reduction in carbon intensity by 2040, compared to 2024.

Similar to efforts in the European Union, vessels moving between US ports, or the US leg of foreign voyages, would be covered. The bill encourages the EPA to aim for consistency with International Maritime Organization rules, but would provide the EPA with broad discretionary authority to write its own script: “the Administrator shall take into account the net reduction of emissions of greenhouse gases and potential adverse impacts on public health, safety, and the environment, including with respect to air quality, water quality, and the generation and disposal of solid waste.”

This bill is at early stages in its move through the House, and maybe the Senate. The EPA also regulates emissions from diesel engines in the inland and harbour trades.

The FMC, described as an independent agency in the Executive branch, will be enforcing provisions of the Ocean Shipping Reform Act of 2022 (OSRA 2022), which was signed into law (written by Congress, not by agency employees) by President Joe Biden in mid-June.

Significant measures included in OSRA 2022 which the new law directs the FMC to act on are highlighted in the “By land & by sea” educational podcast from maritime lawyer Lauren Beagan. The important items, for nearby action, are guidelines for Detention and Demurrage (D & D) invoices, and three upcoming rulemakings- on “Unreasonable refusal to deal” (lines refusing to take US export shipments), D & D prohibited practices, and “Unfair or unjust discriminatory methods”.

Still, there could be a lot of script-writing here too, as the FMC writes the precise rules. One analyst, Brian Whitlock from the Supply Chain group at consultancy Gartner Group, wrote that: “The impact OSRA will have on ocean shipping in the US will rest squarely on the FMC, and how they enforce the new rules.”