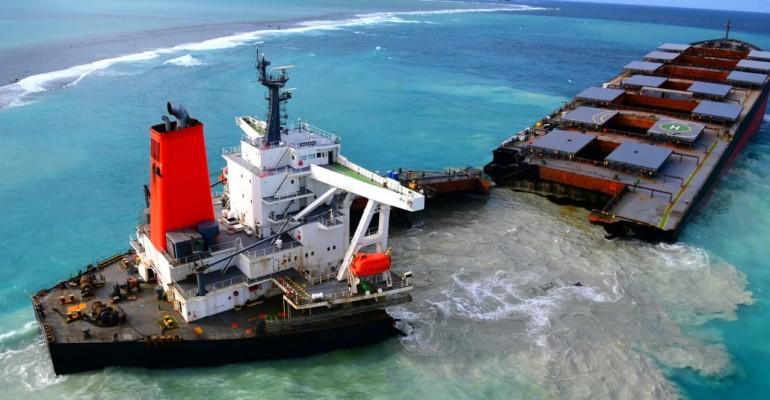 MOL’s Wakashio stranded and spilling oil off Mauritius
Members of the International Salvage Union (ISU) provided 191 services to vessels carrying 2.5m tonnes of potentially polluting cargo and fuel during operations last year, according to results of the ISU’s Annual Pollution Prevention Survey for 2020.

“Governments have talked for many years about zero tolerance for pollution, but society now demands it,” he said, with care for the environment having become “mainstream” and at the heart of political and economic decision making.

“ISU members have been preventing pollution for decades,” he added, “and we are proud of our great contribution to environmental protection.”

The latest figures show a small increase in the total amount of potentially polluting cargo and fuel salved compared to 2019’s total of 2.3m tonnes. Volumes of chemical cargoes involved nearly doubled and container numbers were up 30%, while the amount of crude oil and refined products cargoes both declined slightly.

“The numbers, when compared with other years, show the variability of our industry,” commented Janssen. “We are always transparent with the survey - we know that not all of these potential pollutants were at risk of going into the sea. Some cases will have had limited danger but many others will have carried a real risk of substantial environmental damage.

“Continued global provision of professional salvage services - those offered by members of the ISU - is essential,” he concluded.