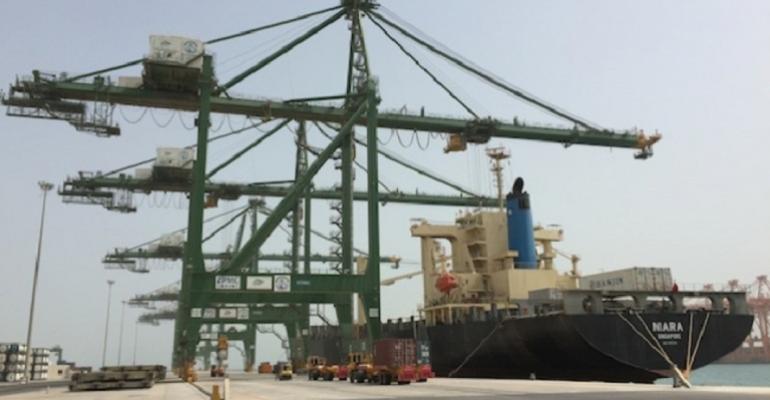 The new BOT inked in a virtual signing ceremony between SGP and Saudi Ports Authority (Mawani) on Monday sees the joint venture taking over operations of both the First and Second Container Terminals at the port.

With SGP as the sole container terminal operator at the port undertake a development and modernisation programme to transform it into a major container hub port with an annual capacity of 7.5m teu. The joint venture will invest some SAR7bn ($1.87bn) in the development and expansion of the terminals.

“Under this agreement, SGP will invest and develop key infrastructure such as berths and ontainer handling equipment, and will more than double the existing container handling capacity of King Abdulaziz Port in Dammam,” said Saudi Transport Minister H.E Eng. Saad.

He added: “The investments will focus on environmentally friendly and technologically sophisticated systems, including the adoption of automation to develop a modern Saudi workforce.”

Tan Chong Meng, ceo of PSA International commented: “PSA is committed to the Kingdom to support the transformation of King Abdulaziz Port into a global mega hub, with modern and robust infrastructure, and through the cultivation of a strong Saudi workforce.”

SGP is 51% owned by Saudi’s Public Investment Fund (PIF) and the investment and development is in line with its mandate to diversify the Saudi economy under Vision 2030.