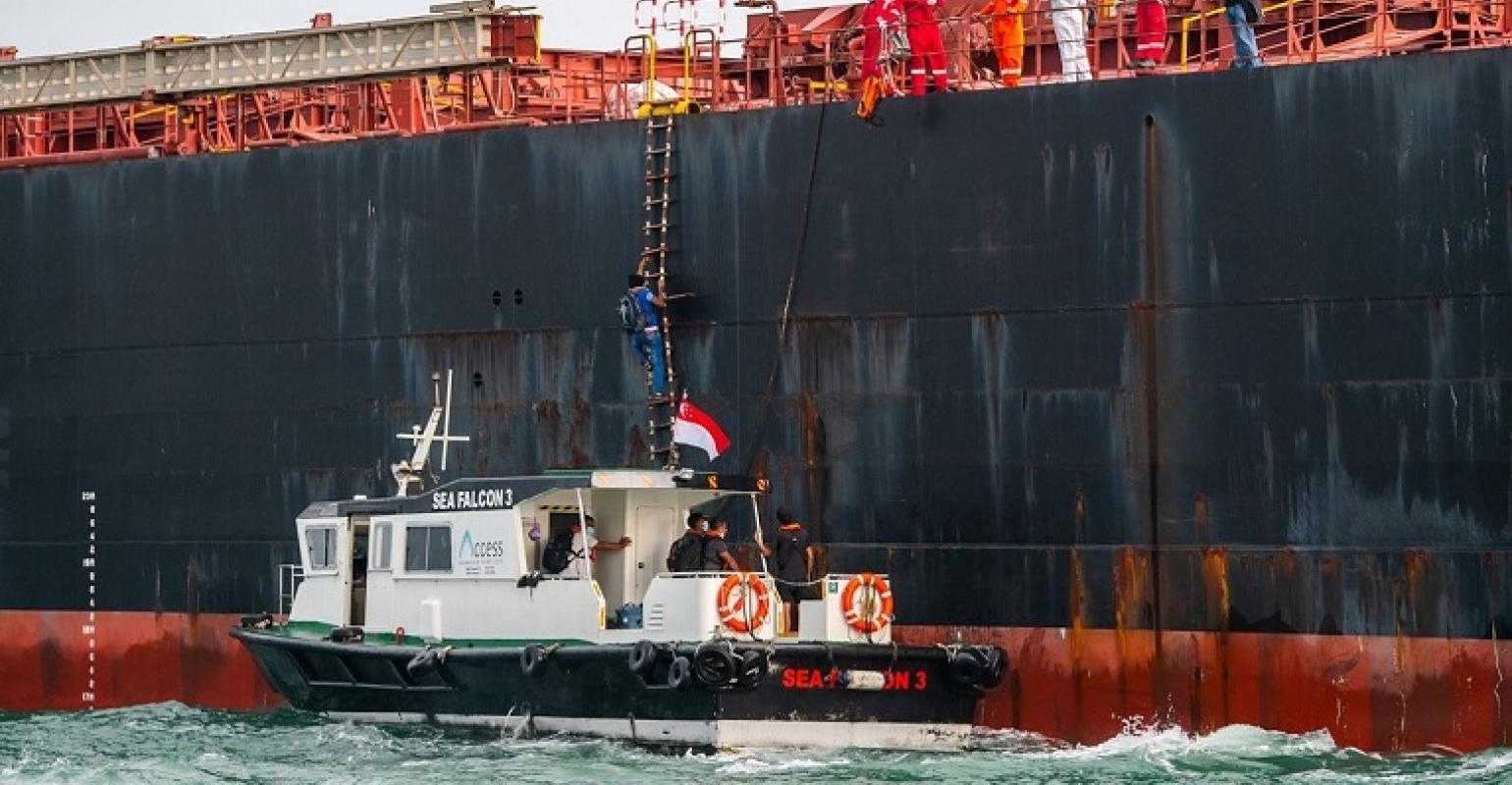 Crew change in Singapore
The Covid-19 crisis in many seafarer supply nations hit by the spread of the Delta variant has led to a worsening of the crew change situation with 8.8% of crew employed by top managers now onboard after their contract expiry.

The number of seafarers onboard vessels for over 11 months, the maximum allowable under the Maritime Labour Convention (MLC), has increased from 0.4% to 1%, corresponding to a 150% relative increase.

Signatories of the Neptune Declaration called on governments to act of the crew change crisis, which has been worsened by travel bans, decreased flights and low vaccination rates in seafarer supply nations.

“The crew change crisis has been ongoing for more than a year and a half, with the highest cost falling on seafarers and their families’ wellbeing. The situation is going from bad to worse. We need more than lip service from governments, we need concrete action that allows crew changes to be carried out in a safe manner,” stated Stephen Cotton, General Secretary, International Transport Workers’ Federation (ITF).

Jeremy Nixon CEO of Ocean Network Express (ONE) said: “The difficulties in carrying out crew changes can easily be overcome by Governments if they really put their minds to it. Where there is a will, there is a way."

However, the indicator numbers underscore that the opposite is happening. It was noted that travel restrictions prevent seafarers from returning home and domestic lockdowns were challenging crew movements. Key supply nation the Philippines has seen a decrease scheduled flights and a travel ban on seafarers coming from UAE, Oman, Nepal, Bangladesh, Sri Lanka and Pakistan.

Meanwhile India has extended a ban on international passenger flights until 31 July.

Vaccination rates in major crewing nations remain low and attempts to agree a global plan to vaccinate seafarers is yet to bear fruit.

“Resolving the crew change crisis will require all seafarers to have priority access to vaccines. There has been some progress, for instance in the United States and in parts of Europe, which we welcome, but the vast majority of seafarers are still unable to be vaccinated. It is urgent that countries prioritise the vaccination of international seafarers,“ said Guy Platten, Secretary General, International Chamber of Shipping.