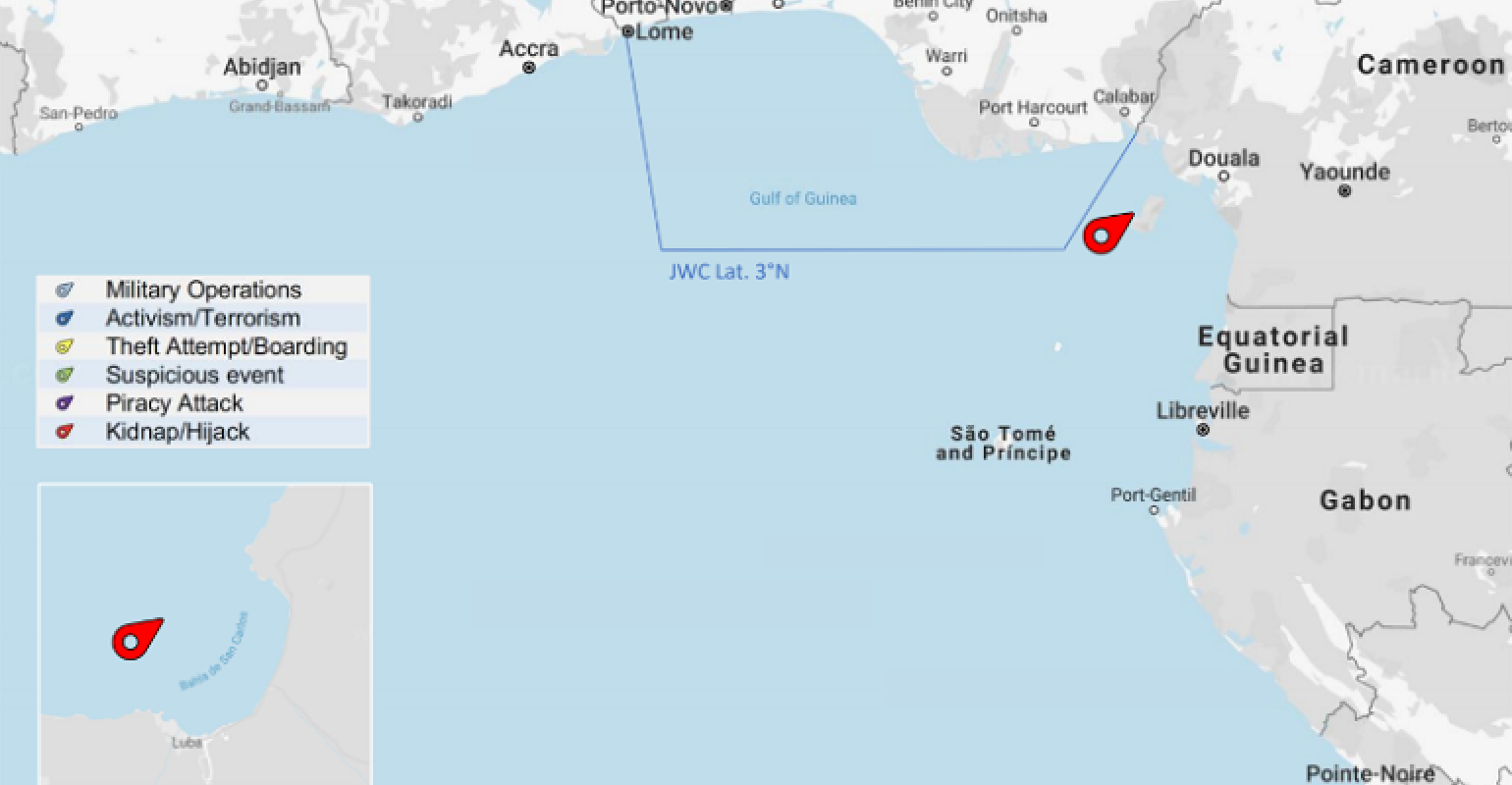 There were two reported kidnappings of seafarers from vessels at anchorages in Equatorial Guinea on 9 May.

The general cargo vessel Rio Mitong was reported to have been boarded by an unknown number of perpetrators from a speedboat at Malabo anchorage with two crew members, a Russian and Ukrainian national taken hostage. The rest of the crew are reported to be safe.

There were questions as to whether either incident related to the ongoing piracy incidents in the Gulf of Guinea.

Praesidium International commented in an alerts on the incidents: As per available information it appears that the Luba and Malabo incident could be connected and originate from matters that have little to share with Gulf of Guinea piracy. As per Malabo, Luba port has seen no piracy activity over the years.

“Deeper investigation shows that at least one of the two vessels has ties to Lithuanian businessman Vladimir Stefanov and some possible softer links have also emerged between the two vessels which could indicate that there is more to it that a mere piracy attack.”