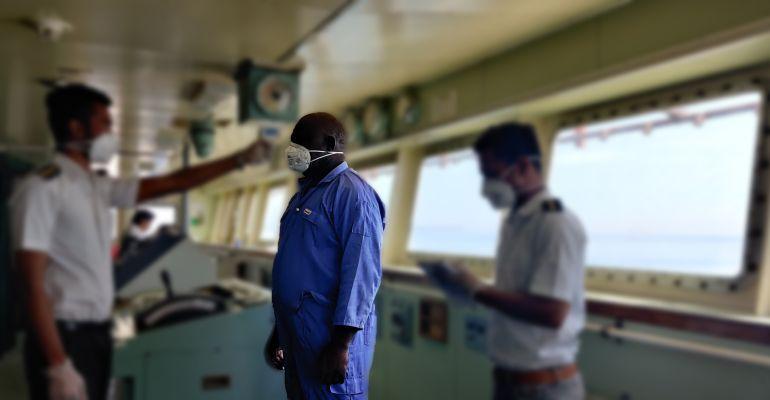 Speaking yesterday at the launch of a DNV GL white paper on ship safety in the context of digitalisation and decarbonisation, the classification society’s maritime ceo Knut Ørbeck-Nilssen expressed shock that nearly 70% of IMO member states have still not recognised seafarers as “key workers”.

Even now, 119 IMO member countries have failed to sign up to the UN agency’s circular calling for their recognition as key workers.

“How is it possible that it can take such a long time,” he asked, expressing sadness at the continuing crisis. “It is now for the heads of state to intervene and make sure that seafarers are recognised as key workers,” he declared.

And he reiterated the vital role that seafarers play in world trade and global supply chains, stressing again that it is in everybody’s interest to get this issue resolved, praising the work of charitable organisations focused on seafarer welfare, including The Mission to Seafarers.

He pointed out that the crisis, the fatigue and the despair amongst those at sea is now threatening marine safety and drew attention to a recent Yale University study that revealed dangerous levels of depression, anxiety and suicide risk among the world’s seafarers.

Speaking to Seatrade after the event, Ørbek-Nilssen emphasised the need for a collaborative approach to the industry’s challenges including digitalisation and decarbonisation. It is essential, he said, for class, politicians, and regulators to come together and support the initiatives under way at the IMO.

A failure to do so would make the job of seafarers even more difficult, he said, because different regional regulations would make the business of international ship operation even more complex than it is today.

“If it’s unattractive to be a seafarer, the world will grind to a halt,” he warned. More collaboration is required, he said, highlighting that this was one of the key messages of the white paper.

Vaccination offered to all seafarers on Panama-flagged vessels
Dec 06, 2021