Eight kidnapped crew from the Happy Lady freed by pirates 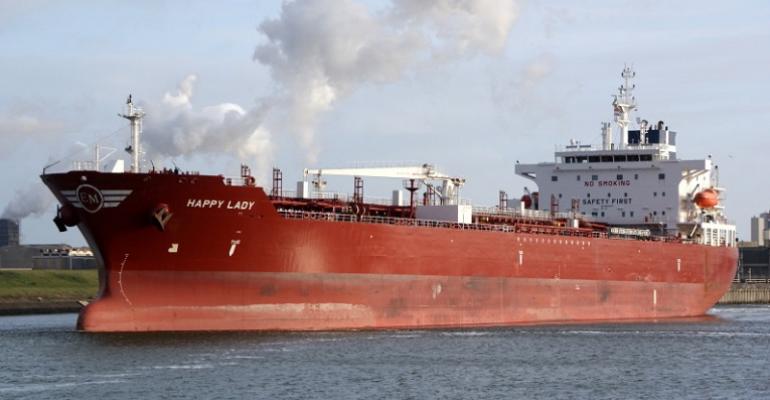 The coast guard said the seafarers were released after “successful negotiations” and will be repatriated after medical checks. Shipping and Island Policy Minister, Yiannis Plakiotakis, said: “The coordinated efforts bore fruit. I wish them a safe trip back to their families,” he said.

The Eastern Mediterranean Maritime (EastMed)-managed tanker was attacked while anchored two nautical miles from Limboh port in Cameroon on 21 December.

Five of the seafarers taken from the Greek-flagged 51,390 dwt tanker, built 2013, were Greek, the 45-year-old captain of the ship, a 26-year-old deck officer, a 38-year-old engineer and two sea cadets, aged 20 and 21. The other three crew were two Filipinos and a Ukrainian.

During the attack a Greek national among the 28 crew on board was injured and was transferred to a local hospital.
The Thanassis Martinos-led EastMed tanker was one of a number of vessels that have been attacked in the Gulf of Guinea over the past two months.

The evening of 19 January pirates attempted to board the 2,755teu Atlantic Discoverer, 72 nautical miles (133km) south of Cotonou in Benin, according to security consultancy Ambrey. Ambrey also reports, that January 20 the 40,000 dwt Tornado, which was underway to Lagos at 11.5 knots escaped boarding by increasing speed and altering course.

In the case of the Atlantic Discoverer the vessel was approached by a suspicious skiff off Lagos but according to the Greek manager the crew activated emergency security procedures. The boxship was able to gain speed, and the skiff sped away. The crew remained safe on board.

On 19 January  pirates freed 19 seafarers kidnapped from a Union Maritime tanker off Togo last month, however, one crew member died while held hostage.