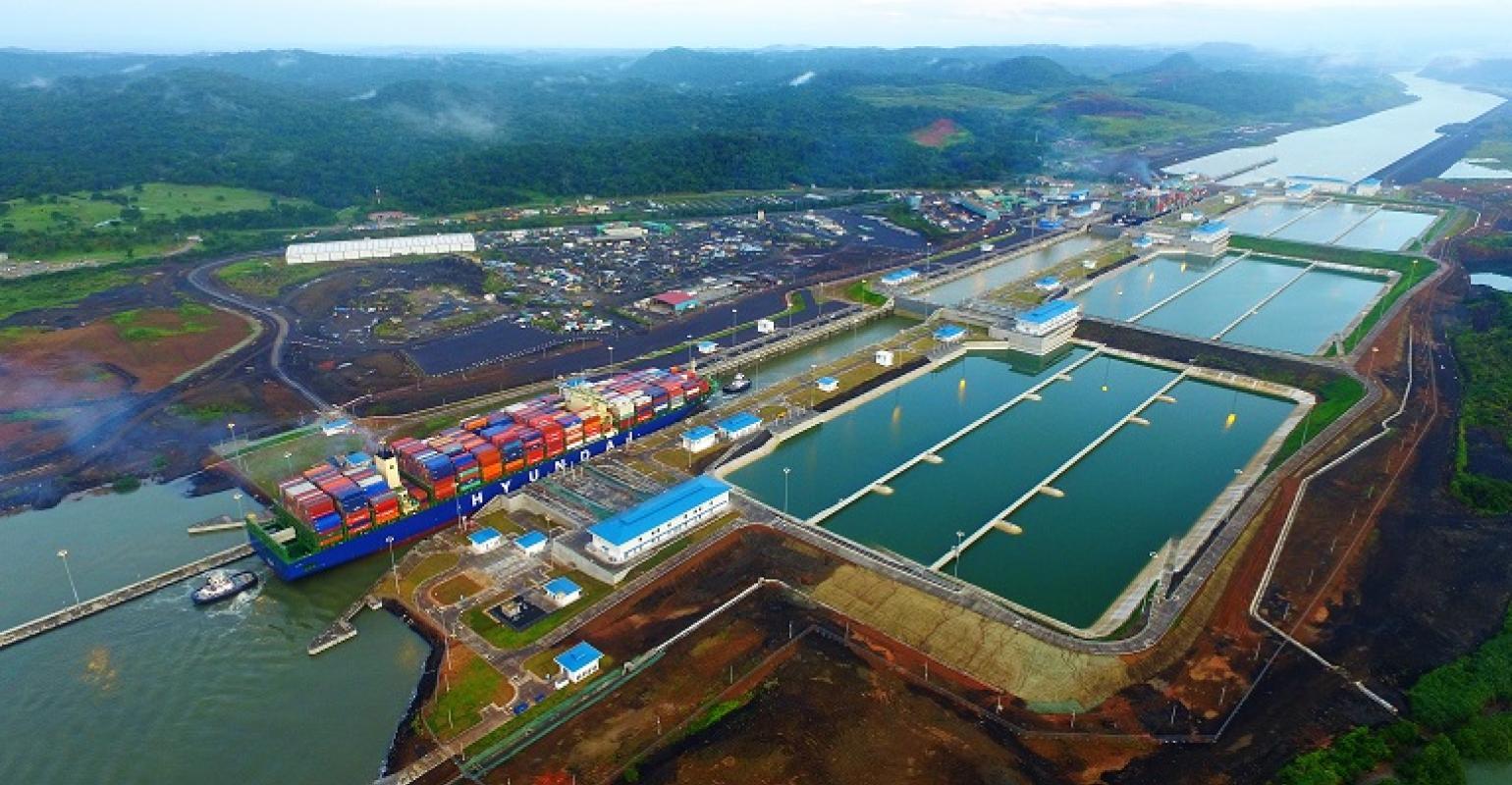 The third set of locks gave the waterway a competitive edge by opening it to the transit of larger vessels, at a time when, especially, containerships had grown significantly in size.

"In these five years, we went from the learning stage to reach the consolidation phase of an efficient and safe service to our customers," said Panama Canal Authority (ACP) Administrator Ricaurte Vasquez. "None of this would have been possible without the vote of confidence that Panamanians gave the Canal, through the referendum, to execute the expansion programme, and the professionalism and commitment of the Canal's human resources,” he added.

Since the neo-panamax locks inauguration, 13,700 vessels have transited the Canal, of which 42% were box ships, LPG, 22%, dry bulk carriers, 15%, LNG, 14%. Those 1,640 LNG-vessels had never used the Canal route before.  These neo-panamax locks transits represent 28% of all Canal transits [including the panama locks] and   54% of cargo volume and 58% of the total of Canal toll revenues.

"When we envisioned the expansion, we thought that the maximum capacity of the container ships we would serve would be 12,000-teu vessels, but today we transit ships with the capacity to load up to a little more than 15,000 containers," Deputy Administrator Ilya Marotta said.

The Canal increased, this June, the ships’ maximum length to 370.33m. However, in 2019 the Evergreen-369m-long Triton transited marking the first transit of longer vessels. Since then 250 very long vessels have passed through the neo-panamax locks. Such length increase means that a large portion (96.8%) of the world's container fleet can now transit the waterway, said the ACP.

The Panama Canal expansion was put to referendum and approved by overwhelming decision (77.8%) October 22, 2006. On July 25, 2009, the ACP awarded the $3.12bn construction of the third set of locks to the consortium Grupo Unidos por el Canal (GUPC). The completed expansion programme with improvements-widening and new accesses- to the waterway totalled $5.2bn.

Although the construction was marred with disputes with the multinational consortium delaying its opening to June 2016, the third lane doubled the Canal capacity and allowed larger and longer vessels, the neo-panamaxes, to transit, strengthening the competitiveness of the service offered by the Panama Canal, providing economies of scale and attracting new markets such as liquefied natural gas (LNG) ships, to the point of becoming the fourth in number of transits in the neo-panamax locks.

Last year, the Panama Canal announced it will be making a major capital investment for a global integrated solution that will assure water supply for canal operations and local consumption for decades ahead.

“We have looked at all options [to guarantee water] for the next 50 years. It is a resource that must remain under Canal control and we will get a portfolio of solutions to be able to begin works by 2022 during the dry season,” said Administrator Vasquez during a Seatrade-organised webinar. The project estimated at a cost of $2bn will be financed by the Canal’s own cashflow and market financing if required, he added. “The water has a value, we generate value and will have to introduce charges.”

In September 2020, the Canal called a Request for Qualifications for the water project, for which pre-qualified companies would be announced in 2021. The selected companies will have several months to present their proposals.