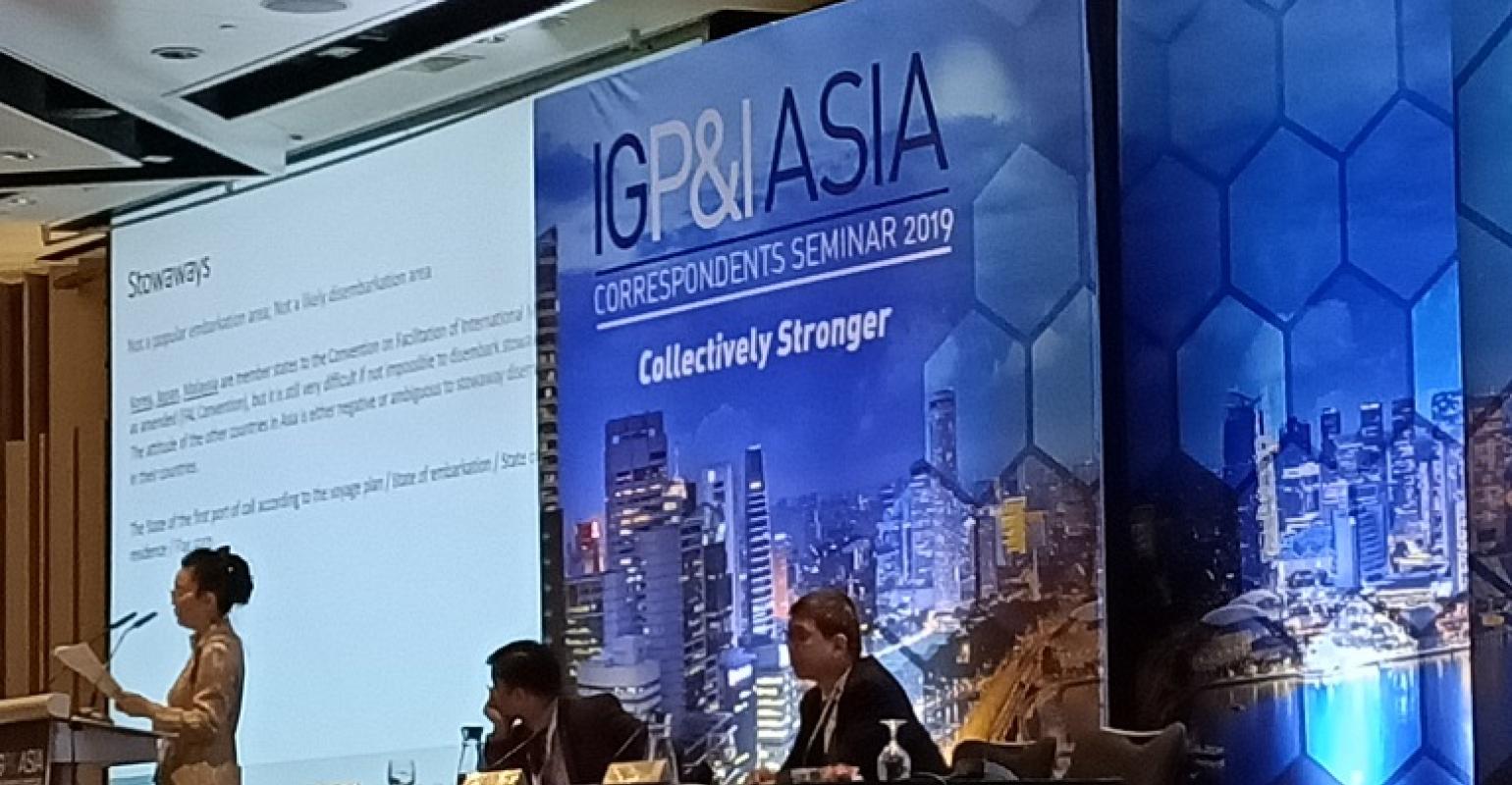 Concerns over hefty disability pay outs to Filipino seafarers with pre-existing medical conditions were flagged up by P&I clubs this week.

In a presentation on people claims at the International Group P&I Asia Correspondents Seminar this week Julia Ju, head P&I claims (Hong Kong) for the Swedish Club, said that crew claims were the largest component of people claims in Asia.

Ju noted that for decades Filipino seafarers had been the dominant choice for European shipowners, however deployment numbers are now falling. According to Philippines Overseas Employment Administration (POEA) figures the number of Filipino seafarers deployed in the international shipping industry fell to 378,000 in 2017 compared to 442,000. “This sizeable drop was the first reduction in numbers since 2010,” she said.

Related: Owners shying away from Filipino seafarers over disability claims

Ju highlighted ongoing concerns in the industry over disability claims rulings by National Conciliation and Mediation Board (NCMB).  “The main concern is relation to disability compensation to so-called work-related illnesses,” she said.

Full disability payments, which can go up to $250,000 for some Collective Bargaining Agreements were being for seafarers who had signed off for illness after a “very short time onboard for an obvious pre-existing condition”.

International crewing managers in the Philippines have estimated that some 70% of decisions are made in favour the seafarer.

While owners can appeal decisions under Philippines law pay-outs have to made after the original ruling, meaning that even if an appeal is successful it is extremely difficult, if not impossible, to recover monies paid out in compensation.

Anuj Velanker, senior loss prevention advisor (Singapore) for the UK P&I Club, commented that Filipino crew claims were a “pain point for a lot of members”.