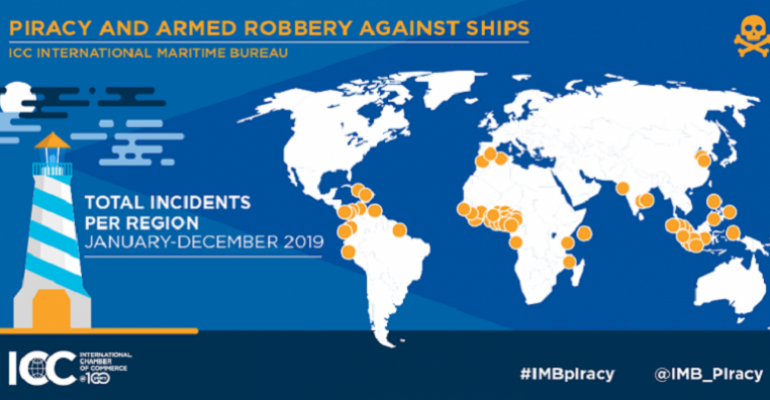 The Gulf of Guinea saw a more than 50% increase in kidnappings by pirates in 2019 with a sharp rise in the fourth quarter, according to the annual report of the International Maritime Bureau (IMB).

Last year there were 121 kidnappings of seafarers by pirates in the Gulf of Guinea compared to 78 in 2018. There was a particularly sharp rise in kidnappings in the fourth quarter of 2019 with 64 seafarers kidnapped in six separate attacks. As whole the last year the region accounted for over 90% of global kidnappings at sea.

“We remain concerned that this region has recorded an unprecedented rise in crew kidnaps,” Michael Howlett, director of the ICC IMB.

“These latest statistics confirm the importance of increased information exchange and coordination between vessels, reporting and response agencies in the Gulf of Guinea Region. Without the necessary reporting structures in place, we will be unable to accurately highlight the high‐risk areas for seafarers and address the rise of piracy incidents in these persistently vulnerable waters.”

Despite sharp rise in the violent kidnappings in the Gulf of Guinea on a global basis the numbers of piracy and armed robbery incidents against ships declined last year. In 2019 there were some 162 incidents reported to the IMB compared to 201 in the previous year.