Maersk ‘doing all it can’ on crew change, one-third onboard over contract 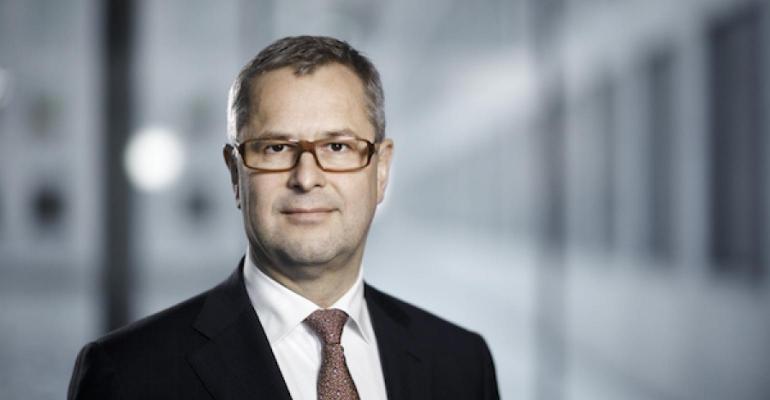 The world’s largest container line Maersk is spending a “lot of money” to try and fix the crew change problem but still has one-third of seafarers have been onboard longer than allowed under their contracts.

Covid-19 travel and border restrictions have impacted the shipping industry globally leaving an estimated 400,000 seafarers either stuck on vessels after their contracts expired or at home unable to start new contracts.

Speaking candidly about the issue in Maersk’s second quarter earnings call ceo Soren Skou says: “Crew change has been a really big problem for us because it built up over the second quarter…. we have 6,500 people onboard at any given time and in July two-thirds of those were out longer than the longest period they were allowed out under their contract.

“We have since been able to start dealing with the issue, we are now down to about a third that are out longer than their contract allows and we’re making progress every day.”

However, Skou also adds, “It will still be a while before the problem is resolved”, despite he says the company doing all that it can.

Maersk has rented hotel capacity in the key crewing hubs of Mumbai and Manila bringing those signing-on for quarantine and testing before flying the seafarers to Denmark from where they are sent out to ships. “We’ve also got some arrangements in Singapore and Hong Kong,” he adds.

There is though no end in sight to the issue and the last month has seen a tightening of measures by key nations for crew change following a relaxation of restrictions in June and July. In mid-June the International Transport Workers Federation (ITF) said it would assist seafarers who wanted to stop working and leave their ships after their contracts expired. Some ship’s crews are now taking matters into their own hands and refusing to work once their vessels arrive in ports.

“I believe that our crews onboard understand we take this problem very seriously. We’ve spent a lot of money to get them get back home for vacation to see their families,” Skou explains.

“We’re not expecting people to down tools or strikes, but of course we can’t guarantee it, but we don’t think it will impact our network.”