Need for cadet berths one of the ‘greatest challenges’ facing shipping 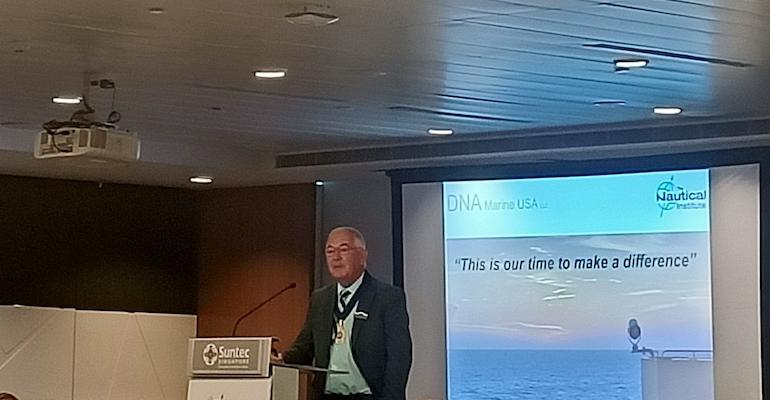 Nautical Institute (NI) Capt André LeGoubin called on owners to provide at least two cadet berths on their newbuildings to ensure the industry has the leaders it needs for the future.

Speaking at the NI Singapore Conference 2022 LeGoubin described the struggle by many cadets globally to find a berth on a vessel as one of the “greatest challenges” facing the industry.

“Globally, we have so many cadets who are trying to find a birth on a vessel that are unable to do so. Or even worse, they're paying agents substantial amounts of money to get them on a ship,” he said.

Capt LeGoubin said that many cadets from round the world contacted himself and other members of the institute in an effort to secure a cadet berth, however, so in his presidency he had been unable to do so. Capt LeGoubin was elected president of NI in July.

“I want to change the situation. I want to work with you to develop ideas that ensure every cadet that wants to go to sea gets to sail.”

Maritime academies in the Philippines, the world’s largest supplier of seafarers, churn out tens of thousands of graduates a year, but only around 15% will ever serve on board a vessel.

Capt LeGoubin noted that shipowners had invested many millions in building new, more environmentally-friendly ships, to reduce the industry’s carbon footprint. “I'm asking you to commit a further small amount in comparison to the future Seafarer by putting at least two cadets onboard every one of these new vessels.

“These cadets are the future leaders who will be in charge of the vessels within the lifetime of the ship, as captain, as chief engineer, or in the Office of Superintendent, manager, or CEO.”

“It’s people who get stuff done on board ships and that's why that investment in the cadets that we talked about earlier is so vitally important,” Cameron said.

Capt LeGoubin works as an STS Mooring Master and is also Maritime Expert Witness and Consultant with 40 years of maritime experience.