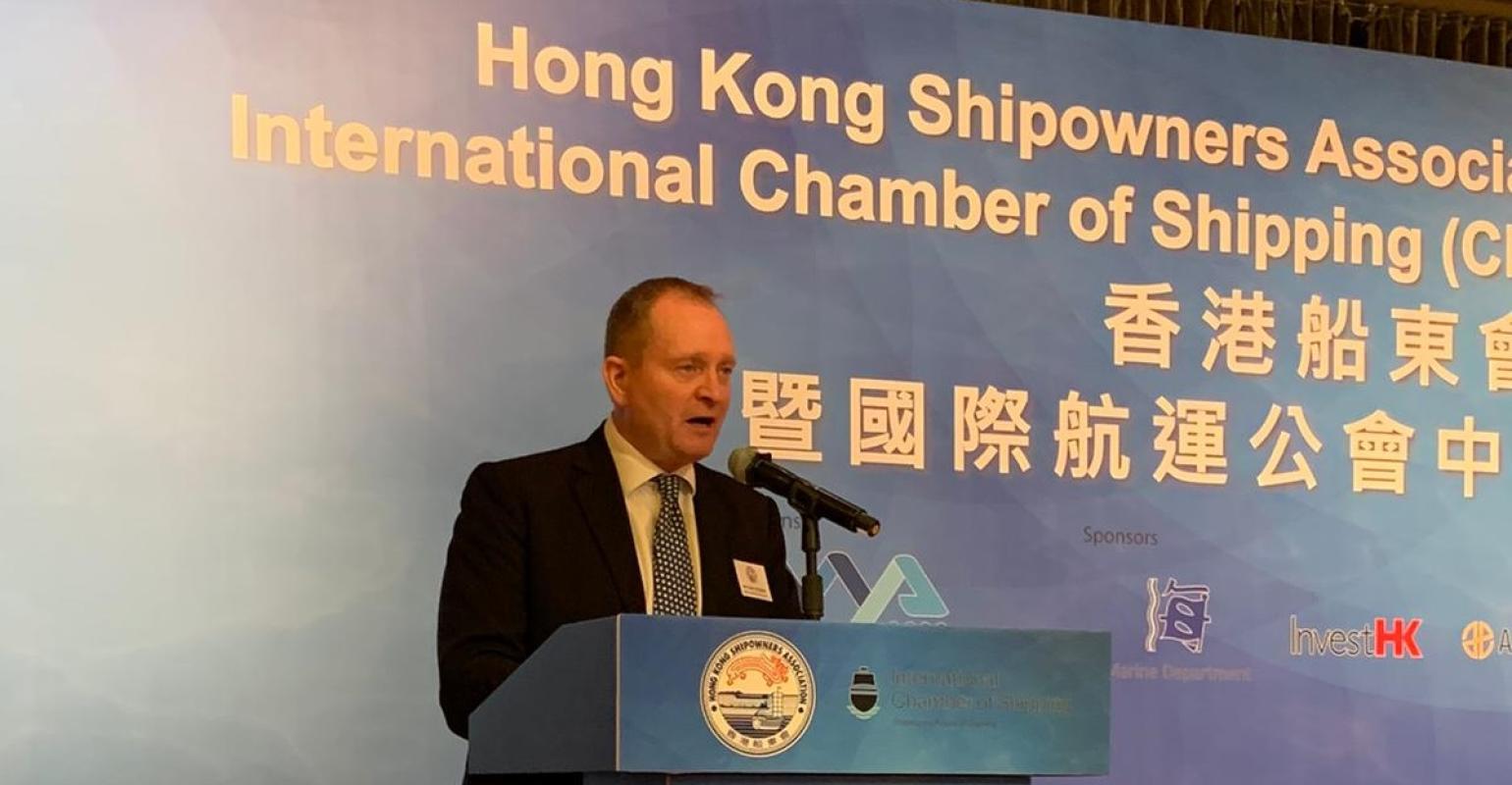 Bjorn Hojgaard, ceo of Anglo-Eastern, has taken the helm at the Hong Kong Shipowners Association (HKSOA) promising a focus on bringing young talent into the industry and engaging in China’s plans for the Greater Bay Area.

Speaking at the HKSOA reception held at the Conrad Hotel during Hong Kong Maritime Week, the association’s new chairman Hojgaard thanked his immediate past predecessor as chairman Jack Hsu for his hard work. He also got off to a popular start by telling the audience it had been agreed not to raise the association’s membership fees.

He also noted that 2019 had been a challenging year for shipping, and not least for Hong Kong.

“The US – China trade war has continued coupled with the imminent imposition of the global sulphur cap and the social crisis the local community is now facing. We sincerely wish for the unrest to come to an end and for the Hong Kong community to begin a process for healing and reconciliation.

“Fortunately given Hong Kong’s unique position the city and the shipping industry still has many opportunities.”

Looking ahead Hojgaard said that the association would increase its attention on the areas of attracting young talent to the shipping industry and China’s plans for the Greater Bay Area (GBA).

“We will focus more on the younger generation as grooming young talent is crucial for the industry as we are experiencing a period of many unprecedented changes in this new era driven by invention and technology. We will be ready for these changes and challenges only if we have the right people with the appropriate skills and experience,” he said.