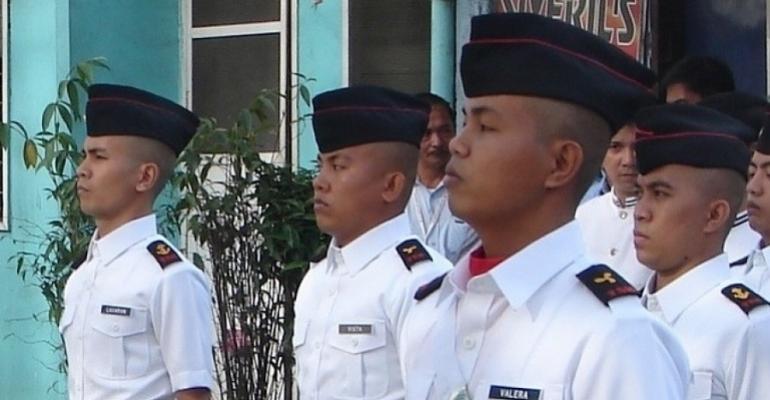 The Philippines status as the world’s largest supplier of seafarers to international shipping took a huge hit in 2020 as the Covid-19 pandemic caused extended lockdowns and border closures, and the resulting crew change crisis.

According to Philippines Overseas Employment Administration (POEA) figures published by the Maritime Industry Authority (Marina) of the Philippines the total number of seafarers deployed overseas from the country dropped 54% in 2020 to 217,223, compared 469,996 in 2019.

The sharp drop in numbers deployed to international shipping was across all ranks officers and cadets, but the fall was largest in the non-maritime sector which provides hotel staff to cruise ships, a growth area for the Philippines crewing industry in recent years.

According to Marina the number of officers deployed on international vessels declined 48% to 50,277 last year compared to 97,400 in 2019. The picture was similar for ratings where the Philippines, a top provider in the lower ranks, reported a 44% drop in numbers deployed in 2020 to 93,618 compared to 166,401 a year earlier.

The non-maritime sector, hotel staff for cruise ships and other passenger vessels, saw a massive 64% decline numbers declined to 73,328 in 2020 compared to 206,195 in 2019. The cruise sector has been particularly hard hit by the Covid-19 pandemic with it grinding to an almost complete halt in 2020.

While the cargo shipping sector has held up well in terms of volumes through the pandemic, indeed some sector such as containers are booming, the crew change crisis has had a crippling effect on many major crewing nations in the Asian region.

The Philippines has endured lengthy and strict lockdowns that have sharply impacted both international and domestic travel. International arrivals into the capital Manila have been limited to a few hundred a day, a number which has varied, meaning that even when managers or agents put on charter flights they would not necessarily be allowed to fly due to limits on arrivals. Based on the figures the Philippines green lane for seafarers opening at the beginning of July last year has been limited in ability to normalise the crew change process.

Internal travel restrictions within the Philippines have found seafarers arriving back in the capital only to be stranded there, while it is has been difficult for new joiners to make their way from the provinces for testing and quarantine prior to leaving the country.

When new joiners on vessels in the second half of last year started testing positive for Covid-19 once onboard despite quarantine and testing some charterers controversially started to bar bulkers from diverting to the Philippines for crew change. Bulkers account for around one quarter of all Philippines seafarers deployment with 56,256 last year, the largest number on any single vessel type.

While the Philippines and Indian crew sectors have been hit hard the Covid-19 pandemic and the crew change crisis Chinese seafarers have been the beneficiaries. As Seatrade Maritime News reported in June a record 122,034 Chinese seafarers served on international vessels last year. A requirement for Chinese crew for newbuildings leaving the country’s yards helped drive up demand.