Piracy and armed robbery incidents increase in the Singapore Strait 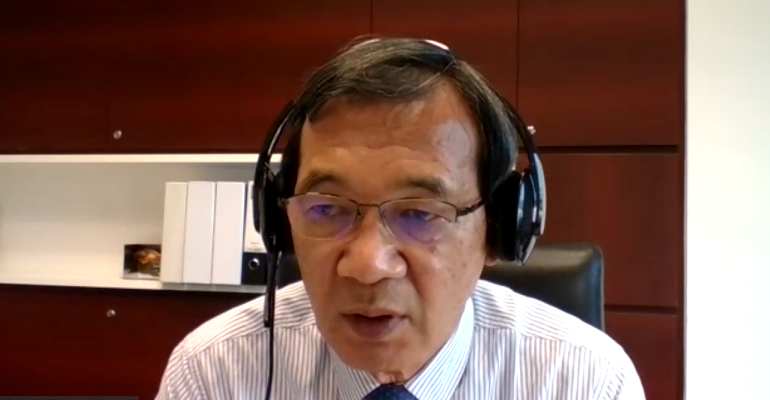 Masafumi Kuroki, executive director of ReCAAP ISC speaking at online media briefing
Despite falling numbers for armed robbery and piracy against ships in Asia as a whole, incidents are on the rise in the Singapore Strait, which accounted for over half the attacks in the region during the first six months of 2021.

ReCAAP Information Sharing Centre’s (ISC) half year report showed a 35% decrease in piracy and armed robbery against ships with 37 incidents in the first six months of the year.

“However, unfortunately, there was an increase of incidents in the Singapore Strait, we had 20 incidents in six months compared to 16 incidents in January to June last year,” Masafumi Kuroki, executive director of ReCAAP ISC told an online media briefing.

Of the 20 incidents in the Singapore Strait some 19 occurred in the eastbound lane of the traffic separation scheme (TSS) while just one was in the eastbound lane. Out of the 20 incidents 16 occurred off Bintan Island in Indonesia waters during the cover of darkness. All the vessels attacked were larger, oceangoing ships, rather than smaller tugs and barges that are often targeted. 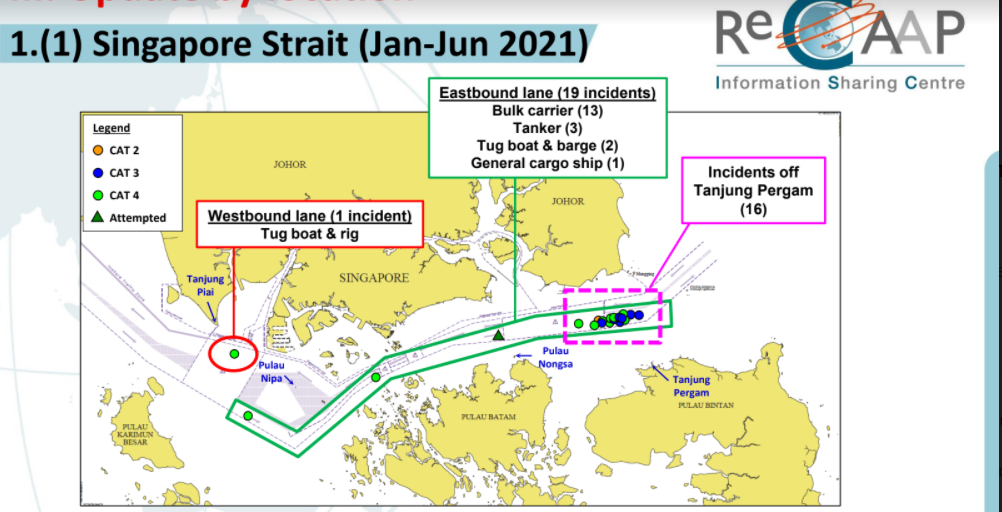 Of the incidents off Bintan ReCAAP said that seven were reported to involved perpetrators armed with knives and in two incidents crew were injured. It is believed multiple groups are involved in the attacks with some incidents taking place at very similar timings.

ReCAAP has issued four incident alerts relating to the Singapore Strait in the first half of this year. “To recommend the littoral states to increase surveillance and enhance information sharing, and particularly to arrest the perpetrators. And we also recommend the shipping industry to exercise the utmost vigilance in this area,” Kuroki said.