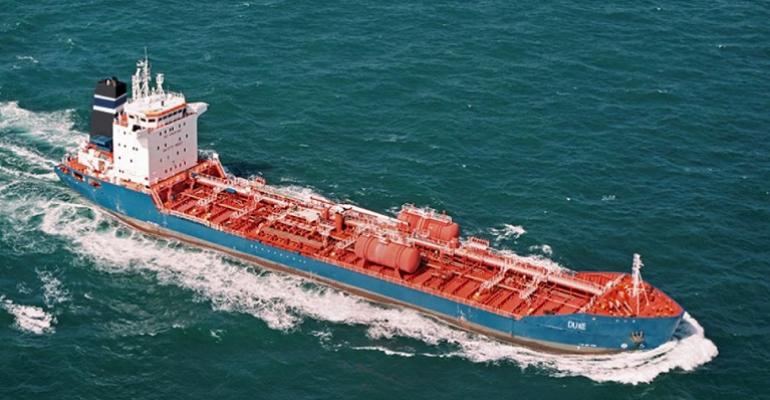 Pirates have freed 19 seafarers kidnapped from a Union Maritime tanker off Togo last month, however, one crew member died while held hostage.

Union Maritime said that 19 crew taken from its 19,117 dwt tanker Duke on 15 December 2020 had been freed by the criminal gang holding them.

The shipowner reported with “deep regret” that a 20th seafarer kidnapped in the attack, and AB, had become ill and died shortly after they were captured.

“We are seeking further information from those crew members that have been released and a full investigation will be held into the AB’s demise,” the company said.

“All our sympathies and condolences go out to next of kin, family and friends at this tragic time. The AB’s immediate family have been informed and are being supported.”

The 19 crew that survived the ordeal have undergone medical checks and reported to be well in the circumstances, and will return home to their families following being debriefed by local authorities.

The vessel was reported to have been attacked by six pirates on 15 December 115nm southeast of Lome, Togo, taking 20 Indian-national seafarers hostage, leaving just crew member behind, who was reported to be a Nigerian.