Singapore Strait armed robberies rise in first half of 2022 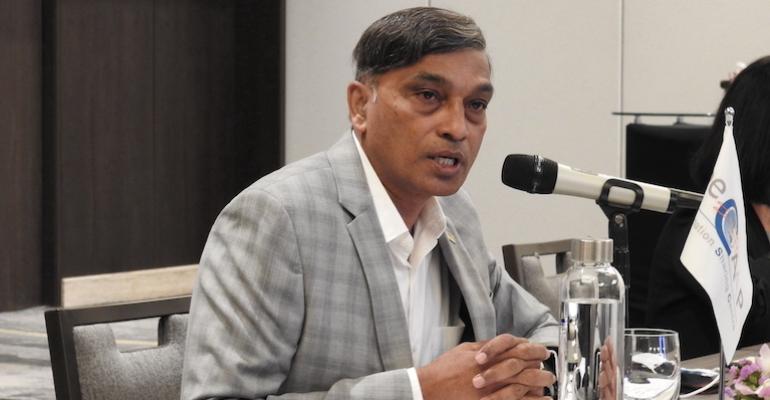 Krishnaswamy Natarajan, Executive Director of ReCAAP ISC
The number of armed robbery incidents in the Singapore Strait continued to rise in the first half of 2022 with 27 reports of vessel boardings.

Releasing its half year report on Wednesday the ReCAAP Information Sharing Centre (ISC) said there were a total of 42 incidents of armed robbery in Asian waters from January to June 2022 and 11% increase over the 38 incidents reported in the same period in 2021.

Of the 42 incidents reported to ReCAAP in the first half of the year some 64% were in the busy sealane of the Singapore Strait. Lee Yin Mui, Assistant Director (Research), ReCAAP ISC told a media briefing that the Singapore Strait remained an “area of concern.

Krishnaswamy Natarajan, Executive Director of ReCAAP ISC, explained that the number of incidents should be seen in context of the volume trade in the Singapore Strait with around 1,000 vessels transiting the waterway daily.

Of the 27 incidents in the Singapore Strait 19 occurred in the eastbound lane close to the Indonesian islands of Batam and Bintan. The majority of the incidents, 23, involved bulk carriers and tankers, while three involved tugs and barges, and one an offshore supply vessel towing an oil rig. In nine of the incidents the perpetrators were reported to be armed, however, there was only one report of a physical attack on crew member where a seafarer pushed to the floor and tied up in the engine room.

In one case on 19 April involving the tug boat Asia Jaya 28, towing barge, Sinar Asia 2912 approximately 0.7nm south of Kusu Island in Singapore the Police Coast Guard responded and arrested eight perpetrators as well as one of the crew of the tugboat for collusion. All nine were charged in Singapore State Courts, but there are no details on sentencing as yet. 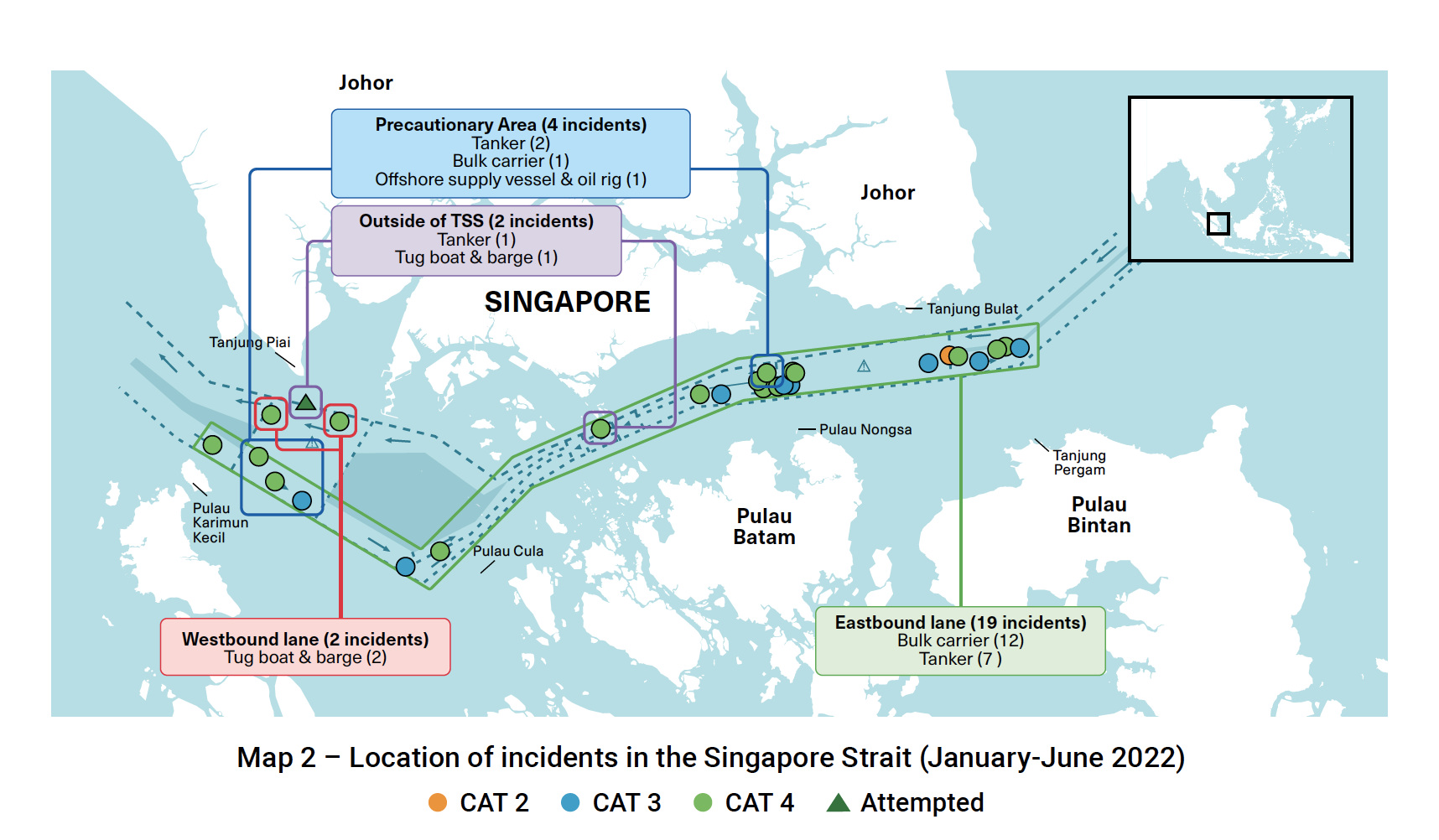 The role of the industry in being vigilant against attacks and reporting incidents, even if nothing was stolen was highlighted by ReCAAP. Earlier in the day ReCAAP held a dialogues session with the shipping industry in Singapore.

“The shipping industry is one of our key partners in the fight against piracy and armed robbery against us. It is through the vigilance of a ship's crew and adopting the best management practices on both incidents and mitigation that keep our sealanes safe and secure for smooth travels of maritime trade and commerce,” said Natarajan.

Lee noted without the support of the industry in reporting incidents it was not possible for coastal states to respond, arrest and prosecute perpetrators. “The shipping industry is an important partner. without incident reporting by ships, law enforcement by coastal states cannot be effective,” she said.

She said they believe there are some incidents that are not reported as according to industry feedback some do not see the point in reporting incidents where nothing was stolen and fear the vessel being held back for investigation. “But I think most importantly is that for every incident that was reported, we take it very seriously, whether it's a petty theft or nothing was stolen, so long as the ship is boarded it is a concern for us,” she said.