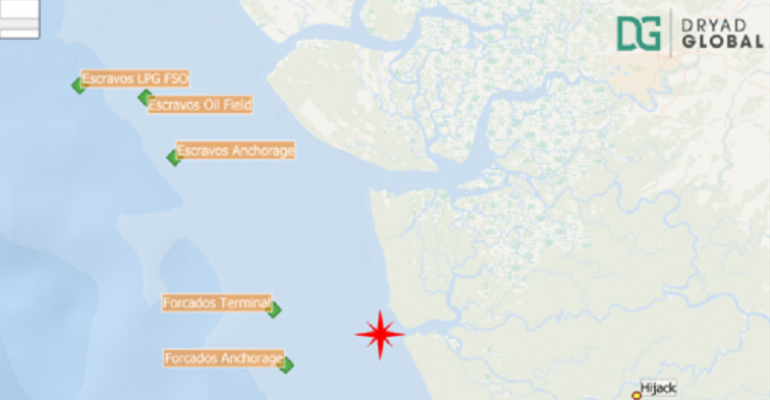 Pirates have kidnapped three seafarers and killed four security personnel onboard a dredger off Forcados terminal in Nigeria.

The latest in a spate of violent pirate attacks in the Gulf of Guinea the Nigerian dredger Ambika was reported to have been boarded by armed pirates on 2 January at the mouth the Ramos river around 9nm east of Forcados Terminal. A fire fight ensued between the pirates and security personnel onboard the vessel with the pirates kidnapping three crew members, comprising two Russians and one Indian national, and killing four Nigerian security personnel and leaving two injured. Five seafarers were left on the vessel.

The dredger is managed by Deep Frontline Shippers of Nigeria according to the Equasis database.

While there have been frequent pirate attacks and kidnappings in the Gulf of Guinea in recent months incidents in the area around the Forcados terminal are less common with last incident in the area in November 2018 according to security consultants Dryad Global when pirates fired on a vessel.

“Offshore incidents remain uncommon and comparatively, with the wider Delta area, the areas around the Forcados Terminal have been a lower risk for offshore operations,” Dryad said.

“This latest incident indicates that PAG’s (Pirate Action Groups) within this area have a preference for opportune targets and the prevalence of these within close proximity to shore and within the creeks and rivers is what could be said to have led to a low number of deep offshore incidents in this location.”