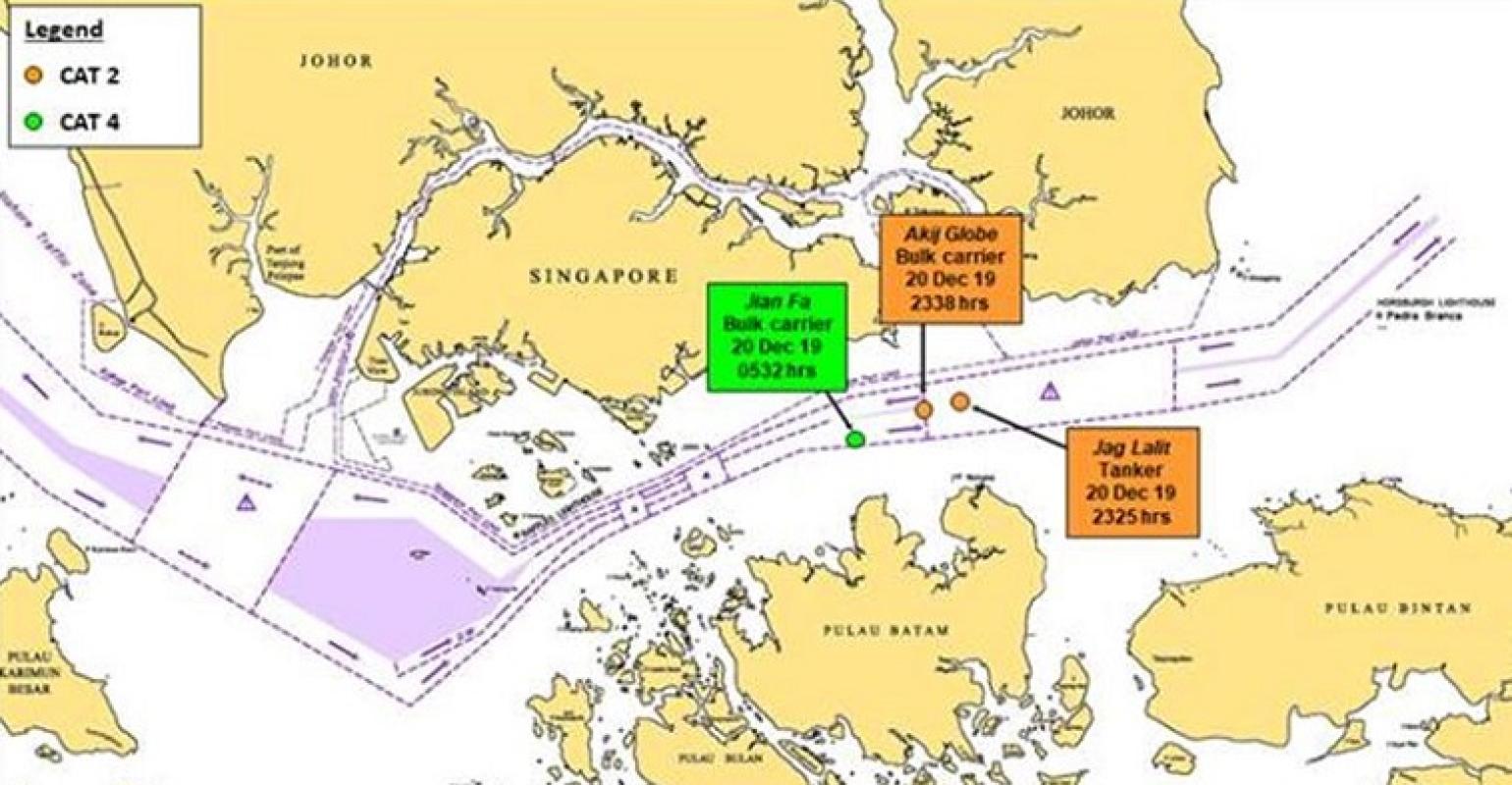 Five vessels were attacked by pirates in the Eastbound lane of the Singapore Strait on 20 and 23 December with the crew on one assaulted, and tied on up on two, adding to a string of incidents in the busy shipping lane.

The tanker Jag Lalit was boarded by six perpetrators armed with knives at 23-25 hours in the Singapore Strait while bound for Kaohsiung, Taiwan, according to the ReCAAP Information Sharing Centre (ISC). Members of the crew were assaulted in the attack with the 4th engineer punched in the face and the chief engineer suffering bruising to his neck with a gold chain stolen from him.

Just 13 minutes later the at 23-38 hours on 20 December the bulker Akij Globe was boarded by five armed men and confronted the crew in the engine room. The alarm was raised and the perpetrators escaped in a small white boat with engine and generator spares.

Much earlier in the same day at 05-32 hours the bulker Jian Fa was boarded by an unknow number of people while bound for China. At 07-00 hours the vessel informed Singapore VTIS that a search on board the ship was conducted and there was no sighting of the perpetrators and nothing was stolen.

“Due to the proximity of the incidents, the same group of perpetrators responsible for the incidents on 20 December 2019 cannot be ruled out,” ReCAAP said.

ReCAAP has since reported two more attacks in the early hours of 23 December were reported in the eastbound lane of the Singapore Strait. In both cases the attackers tied up the crew of the vessel.

Three men, one armed with a knife, were spotted in the engine room of the tanker Bazmi at 00-12 hours on 23 December, the alarm was raised and the perpetrators escaped. Two crew members were found tied up but nothing was stolen from the vessel.

At 01-54 hours on 23 December the crew of the Trust Star six attackers on board the ship and raised the alarm. The perpetrators escaped and tied up two crew members who they had confronted in the engine room. The master reported the incident to Singapore VTIS and diverted to Singapore. 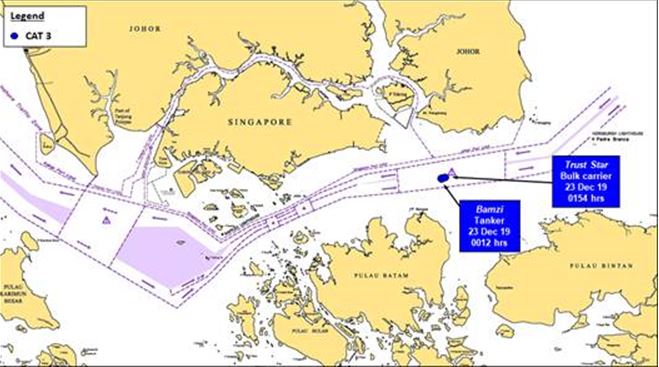 In addition it said: “The ReCAAP ISC advises all ships to exercise enhanced vigilance, adopt extra precautionary measures and report all incidents immediately to the nearest coastal State.  The ReCAAP ISC recommends to the law enforcement agencies of the littoral States to step up surveillance, increase patrols and enhance cooperation and coordination among them in order to respond promptly to incidents.”

Some 29 attacks on ships have been reported in the Singapore Strait this year.