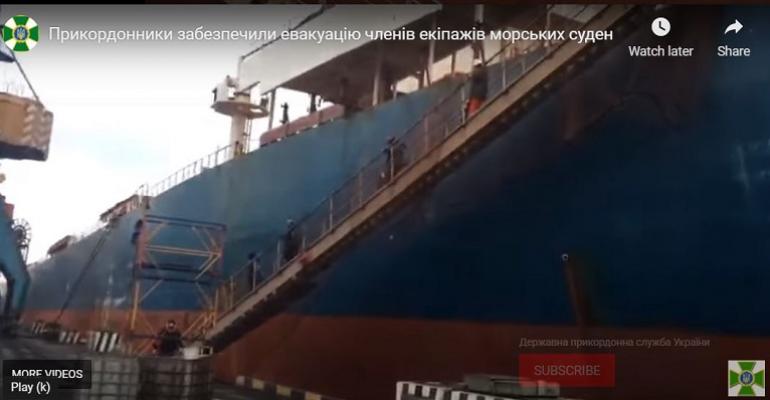 The State Border Guard Service of Ukraine has released video of seafarers being evacuated from vessels stranded in the Port of Yuzhnyi.

The border guard said that its detachment in Odesa had evacuated almost 40 crew from four international vessels stranded in the port and under threat of Russian attack.

The seafarers included nationals from Greece, the Philippines, and Romania. Some of the seafarers are now at their national consulates, while 10 Romanian crew have already crossed the border to return home.

The video shows seafarers being evacuated from several vessels. The bulker Maran Excellence is shown in the video, and seafarers disembarking from a vessel, which based on Marine Traffic data, is the Maran Astronomer. The two other international vessels in the port are the bulkers Nord Virgo and Star Laura.

Five international trading vessels have been shelled or struck in Ukrainian ports since the conflict began, and at least one seafarer has been reported to have been killed. Some 40 vessels are known to be trapped in the Ukraine with owners and crew facing harrowing times.