Recyclers take a step back as economic gloom deepens 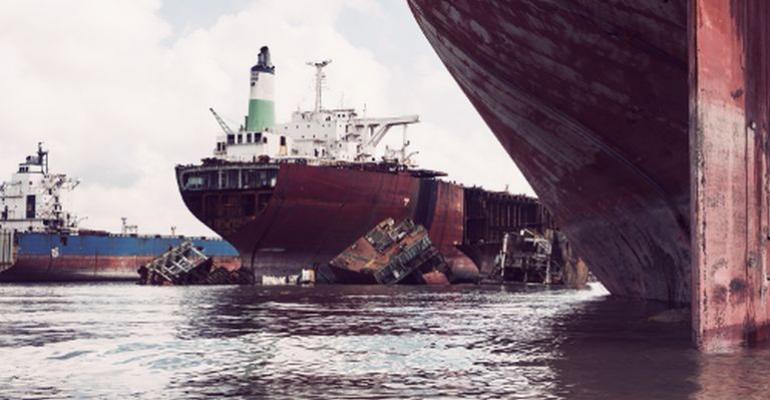 A spell of stunning prices paid for end-of-life ships has eased suddenly as economic fundamentals and currencies head south.

Negative sentiment induced by Covid and the economic outfall from war are taking their toll on the demolition market. Recyclers have been paying remarkable rates for end-of-life ships so far this year, but prices have fallen by about $50 per light displacement since the end of Ramadan.

The decline is relative, however. These price levels are still way above average.

Subcontinent currencies have lost significant value against the dollar and tumbling stock markets have rattled mainstream recyclers, according to GMS, the world’s largest cash buyer of end-of-life ships. These developments, capped by a sharp fall in steel plate prices, have left end buyers distinctly downbeat and few deals have been done in recent days.

Turkey, the only recycling market of note outside the subcontinent, has undergone “an immeasurable drop” since Ramadan ended with the traditional Eid al-Fitr festival, GMS noted. The Turkish lira continued to decline against the dollar, with Turkish buyers holding off in the face of further falls likely this week.

“We do expect the Turkish market to all but disappear (especially in the short run) for anything other than recycling units sailing out of EU waters that have no choice,” GMS declared.

The firm’s indicative prices show India in the lead but softening, with container ships at $660, tankers at $650, and bulkers at $640. Pakistani recyclers are about $10 dollars down across the board, GMS said, with Bangladesh buyers down by another 10. Turkish prices are around $330, $320 and $310 for the three types of ship respectively.

Suezmax sale suggests recyclers may be gearing up again
Sep 14, 2022