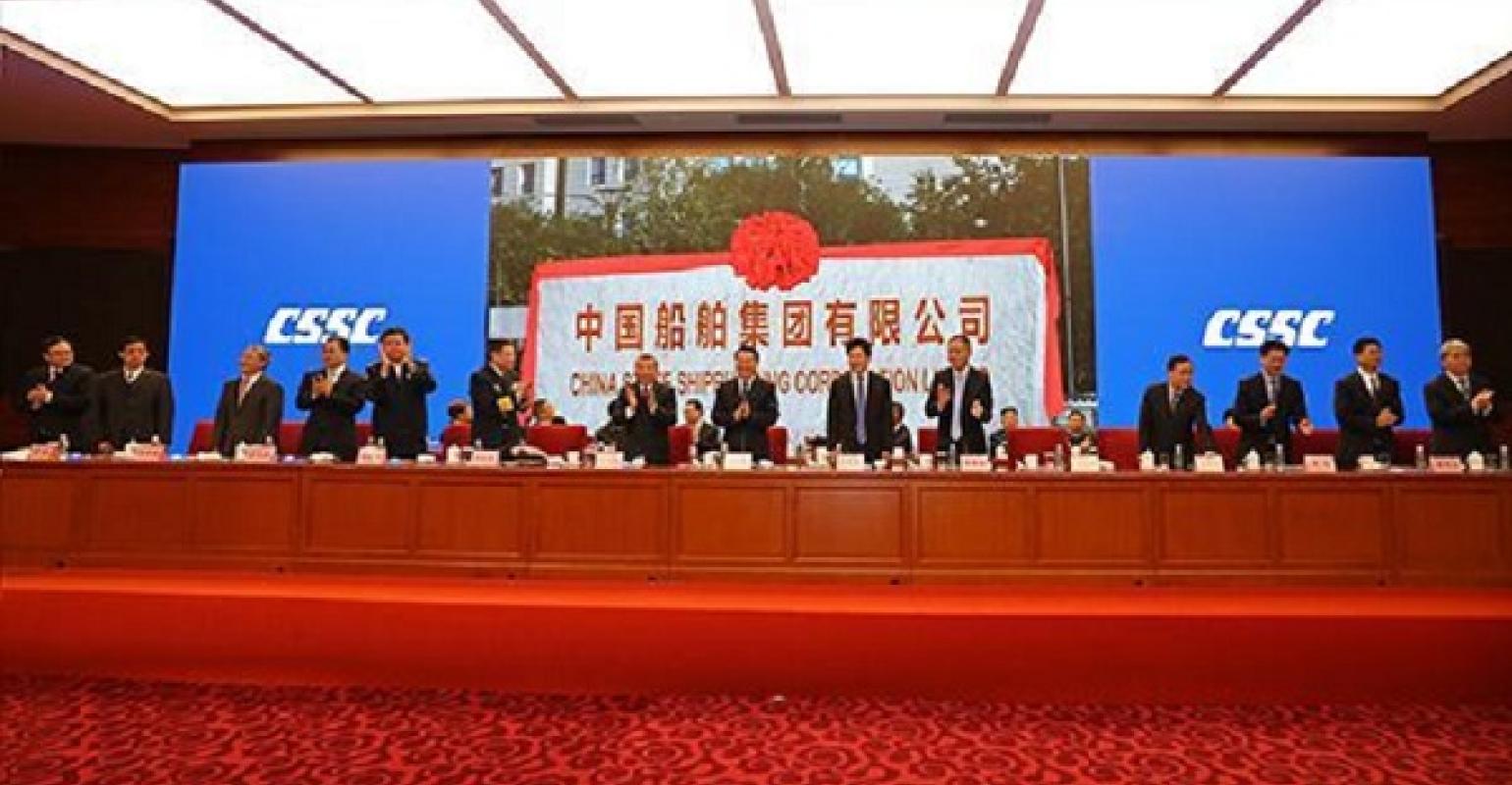 The merger of CSSC and CSIC will create the world’s largest shipbuilding group.

Officials from China’s State Council, Ministry of Industry and Information Technology,Ministry of Transport and other related government departments attended the inaugural meeting

The newly established China State Shipbuilding Corporation, has 147 scientific research institutions, enterprises and listed companies, with total assets of $112.41bn and 310,000 employees. It owns China’s largest shipbuilding and repair bases and the most advanced ship development and research facility.

The new group aims to become the main force for researching, designing, manufacturing, testing and safeguarding the supply of China's naval armament, to be the main force of the nation’s shipbuilding industry development and to be the leader of opening up and reform of state-owned companies, to promote high quality development of shipbuilding industry with strong international competitive advantage.