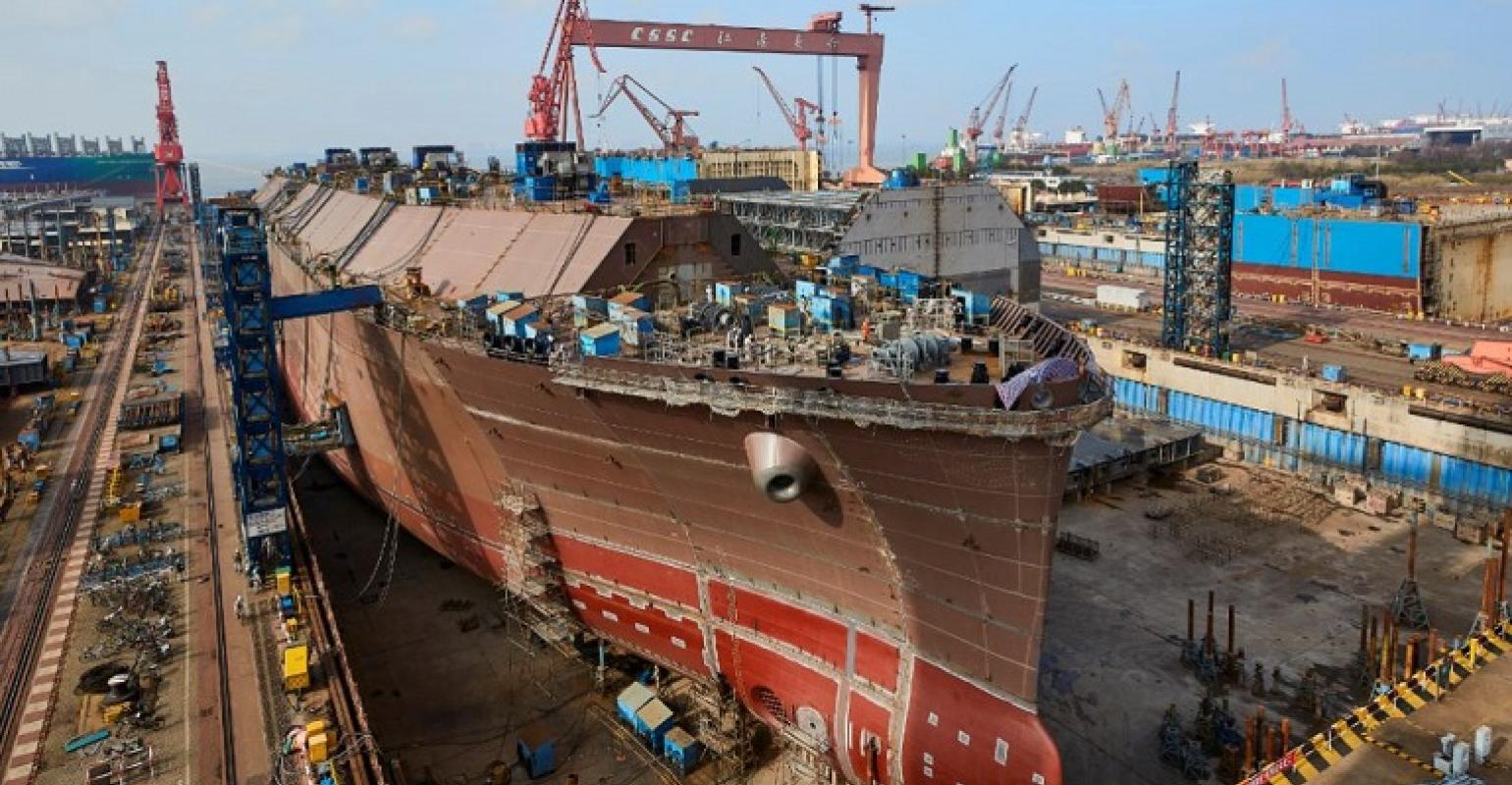 In the first quarter of this Chinese shipbuilding output fell by 27.3% due to the impact of the COVID-19, which saw an extended closure of shipyards post Chinese New Year.

According to statistics released by China Association of the National Shipbuilding Industry (Cansi), China’s shipbuilding output in Q1 was 7m dwt, a decline of 27.3% year-on-year. Meanwhile the orderbook in hand was 79.55m dwt, a decline of 5.6% and the newly received order volume were 4.89m dwt, an increase of 6.5%.

The export shipbuilding order accounts for 97.9%, 94.9% and 92% of the total national shipbuilding volume output, newly received orders and orders in hand respectively.

As of the end of March, China’s accomplished shipbuilding output, newly received orders and orders in hand hold 30.4%, 65.5% and 46.8% of global shipbuilding market share.