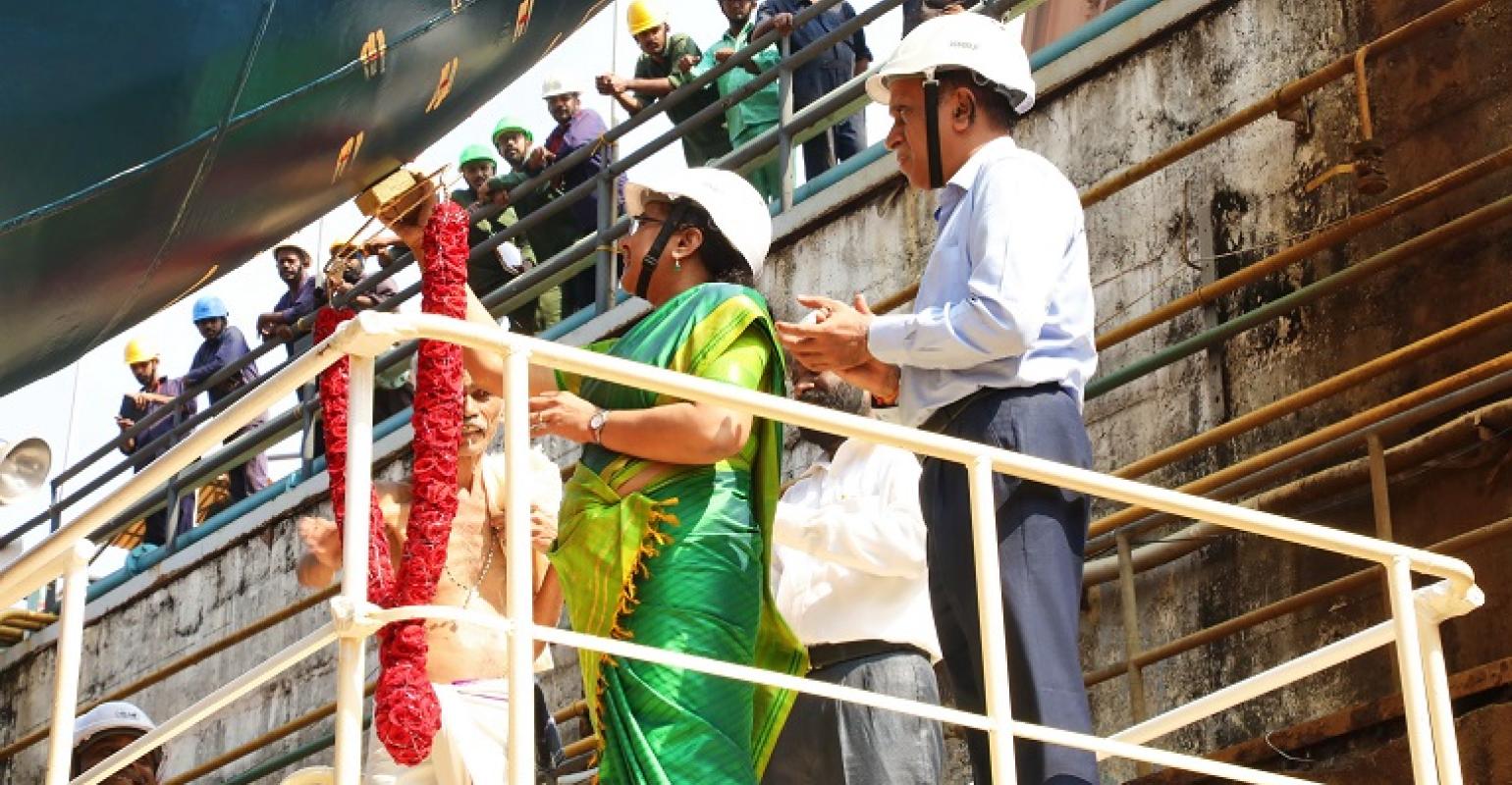 The first of two passenger-cargo combi vessels, being constructed by Cochin Shipyard (CSL) for the Andaman & Nicobar Islands Administration, was launched on last week at the Indian government owned CSL’s yard on the Cochin port waterfront.

After the ceremonial rituals, the 1,200-passenger and 1,000-tonne capacity vessel was launched by K. Rameetha, wife of CSL’s chairman and managing director, Madhu S Nair, in the presence of senior CSL and classification society officials and owner’s representatives.

The ship has been designed as a modern passenger vessel with electric propulsion for “all-weather” operation on the route between the Indian mainland and the Andaman & Nicobar Islands. It has been classed with Indian Register of Shipping and Lloyds Register of Shipping, and meets the requirements of “Class III Special Trade Passenger Ship” as per Indian Merchant Shipping rules. The 157-metre long vessel boasts both deluxe cabin class and economy bunk class accommodation, has a modern cafeteria and recreation rooms, and runs with a crew complement of 104.

“The vessel cruises at 18 knots, and has been built with special “Safe Return to Port” (SRtP) compliance which is a first in Asia,” said CSL’s CMD, Nair. “The ship will not only enable safe and comfortable passenger movement, but will also be a boost to the tourism sector.

“It will now undergo outfitting and building of the accommodation and living quarters, after which it will undergo testing and trials, prior to delivery to the A&N Islands Administration in 2021.”

In the meantime, the state-run shipyard is in an advanced stage of completion of the two smaller 500 pax vessels for inter-island operations at the A&N islands.

The first 500 pax vessel is scheduled to undergo sea trials next month, and is expected to be delivered in a ‘ready-for-service’ condition to the A&N Islands Administration in March 2020. The second 500 pax vessel is currently undergoing outfitting, and will be ready for delivery, three months later, in June this year.