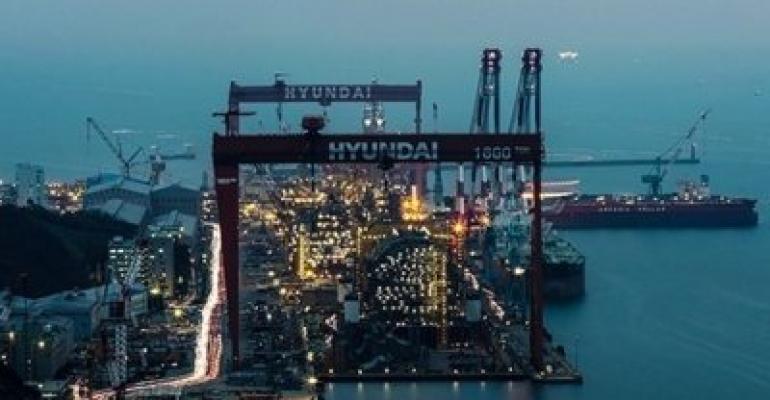 The regulator said this was the tenth merger it had blocked in the past 10 years, out of the over 3,000 it assessed.

Executive Vice-President Margrethe Vestager, in charge of competition policy, noted the importance of large LNG carriers in gas transportation, the fuel’s significance to European energy diversification and thus the impact of the proposed merger on Europe’s energy security.

The market for large LNG carriers was with worth up to €40 billion over the past five years, with almost half of all orders made by European customers, the commission claimed.

The investigation initially looked at further shipbuilding markets – oil tankers, LPG carriers, containerships and both large and small LNG carriers, but the EC decision related only to the large LNG carrier market. The complexity of the vessels and high barriers to entry for new shipbuilders in this segment were among the commission’s concerns.

“Besides the parties, there is only one other large competitor in the market. However, this competitor's capacity would not have been sufficient to act as a credible constraint on the new company resulting from the merger.”

The EC said that HHI and DSME offered no remedies for its concerns. The Commission’s decision was repeatedly suspended “due to the failure of HHI to provide the Commission with information requested in a timely manner,” said the EC. The proposed merger was first notified to the EC on 12 November 2019, and its investigation was opened on 17 December 2019.

Earlier in 2019, shipowners in the LNG carrier space expressed their concerns that merging the two Korean yards would lead to higher vessel prices. Shipbuilding labour unions also resisted the merger.

DSME averted bankruptcy in 2017 through a series of government bailouts and debt-for-equity swaps, leading to its biggest lender KDB becoming its biggest shareholder. KDB is the seller in the proposed transaction with HHI.

The EC has six ongoing second phase merger investigations, including one into the proposed merger of Cargotec and Konecranes for its potential impact on competition in the markets for various terminal handling equipment.