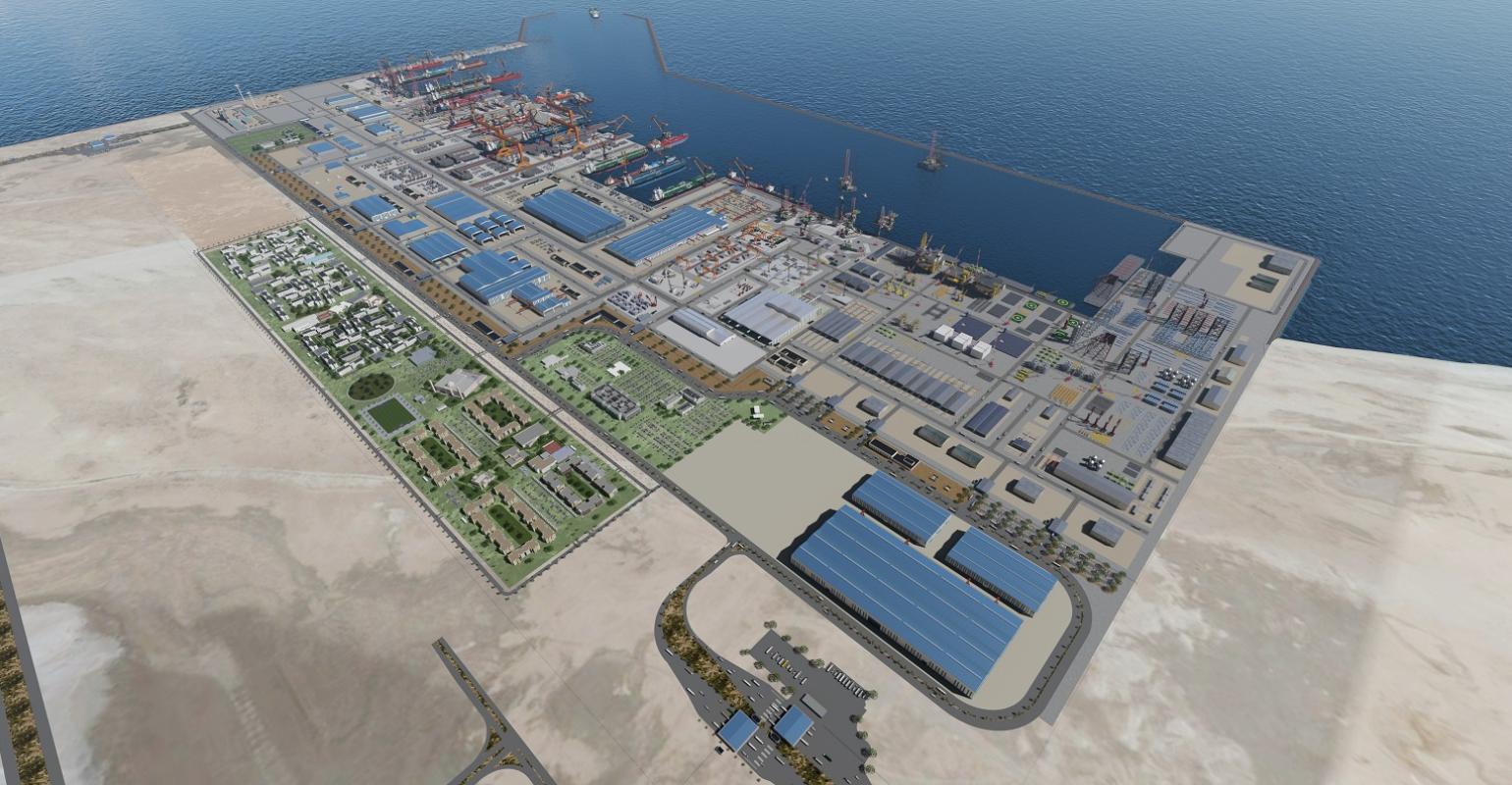 Partial completion of International Maritime Industry’s (IMI) vast new shipyard, within the King Salman International Complex for Maritime Industries and Services in Ras Al Khair on Saudi Arabia’s east coast may not be due until late this year of early next, but this has not held up the start of operational activities, including newbuild rig, ship and repair projects with shareholders and third parties according to Julian Panter, IMI’s Vice President of Business Development.

Following the signing of rig purchase agreements for two Le Tourneau Super 116E jack-up drilling units in January with ARO Drilling, a 50:50 Saudi Aramco Valaris Companies joint venture, and a subsequent sub-contract with Lamprell, a Dubai-based construction company in the oil and gas and renewable energy markets and a 20% shareholder in IMI, early engineering and procurement activities are already underway in Lamprell’s Hamriyah facility.

The rig contracts follow IMI’s first vessel purchase agreement, signed in 2019. The national shipping company of Saudi Arabia, Bahri, also an IMI shareholder with 19.9%, ordered a VLCC last September, the first of 52 ships which one of the world’s largest VLCC owners has committed to buy over the next ten years through an offtake agreement with IMI.

Construction of the VLCC at Hyundai Heavy Industries in South Korea, also an IMI shareholder with 20%, will provide a basis for the training of IMI’s personnel as well as the integration and hands-on training required for the continuing development of the first tranche of 700 Saudi apprentices who have just graduated, Panter revealed.

Alongside the award of these newbuild projects, IMI has recently completed a substantial rig maintenance, repair and overhaul (MRO) project, on time and most importantly safely, with ARO Drilling, on the SAR201 jack-up drilling rig. This project was undertaken in a partnership with Dammam Shipyard, a part of Saudi Arabia’s Al Blagha Group.

Meanwhile, at the King Salman International Complex for Maritime Industries and Services, the rig construction area – Zone D – will be the first part of the vast $5.2bn complex to be commissioned around the end of this year, according to Panter. Other zones are likely to be commissioned during 2021 and early in 2022, he said.